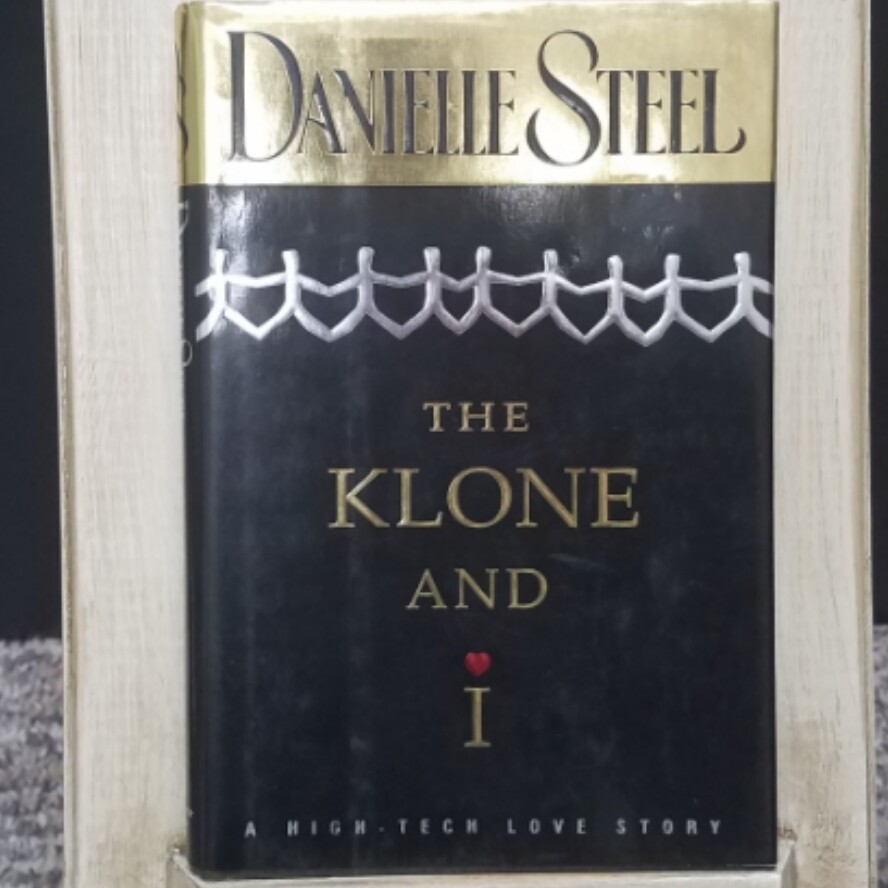 The Klone and I by Danielle Steel

Stephanie had a rat for a husband. But after 13 years of marriage and two kids, she was devastated when he left her for a younger woman. Suddenly Stephanie was alone. And after months of trying to find a little romance on New York's wild singles circuit, she was ready to give up, reconciled to just raising her two great, but outspoken, kids. Then a spur-of-the-moment trip to Paris changed everything.

She met him on the Left Bank. Peter Baker was a marvelously handsome high-tech entrepreneur also visiting the city. Stephanie was certain it couldn't possibly work. Peter was just too perfect. But much to her amazement, he contacted her when they returned to New York. And at the Long Island rental cottage she shared with her kids, Stephanie embarked on a bizarre and hilarious adventure beyond her wildest dreams.

Shy, serious Peter, chairman of a bionic enterprise, was supposed to be away on business. Instead, he's standing at her door, wearing day-glo satin and rhinestones. Naturally, Stephanie thinks it's a joke--until the truth suddenly dawns: this isn't Peter playing a role. This is his double! Calling himself Paul Klone, this wild, uninhibited creature isn't even remotely like Peter except for his identically sexy good looks. This uproarious novel explores the outrageous love triangle that develops between Stephanie, Peter...and the Klone.

This hardback book is in great condition and weighs 11.7 oz.