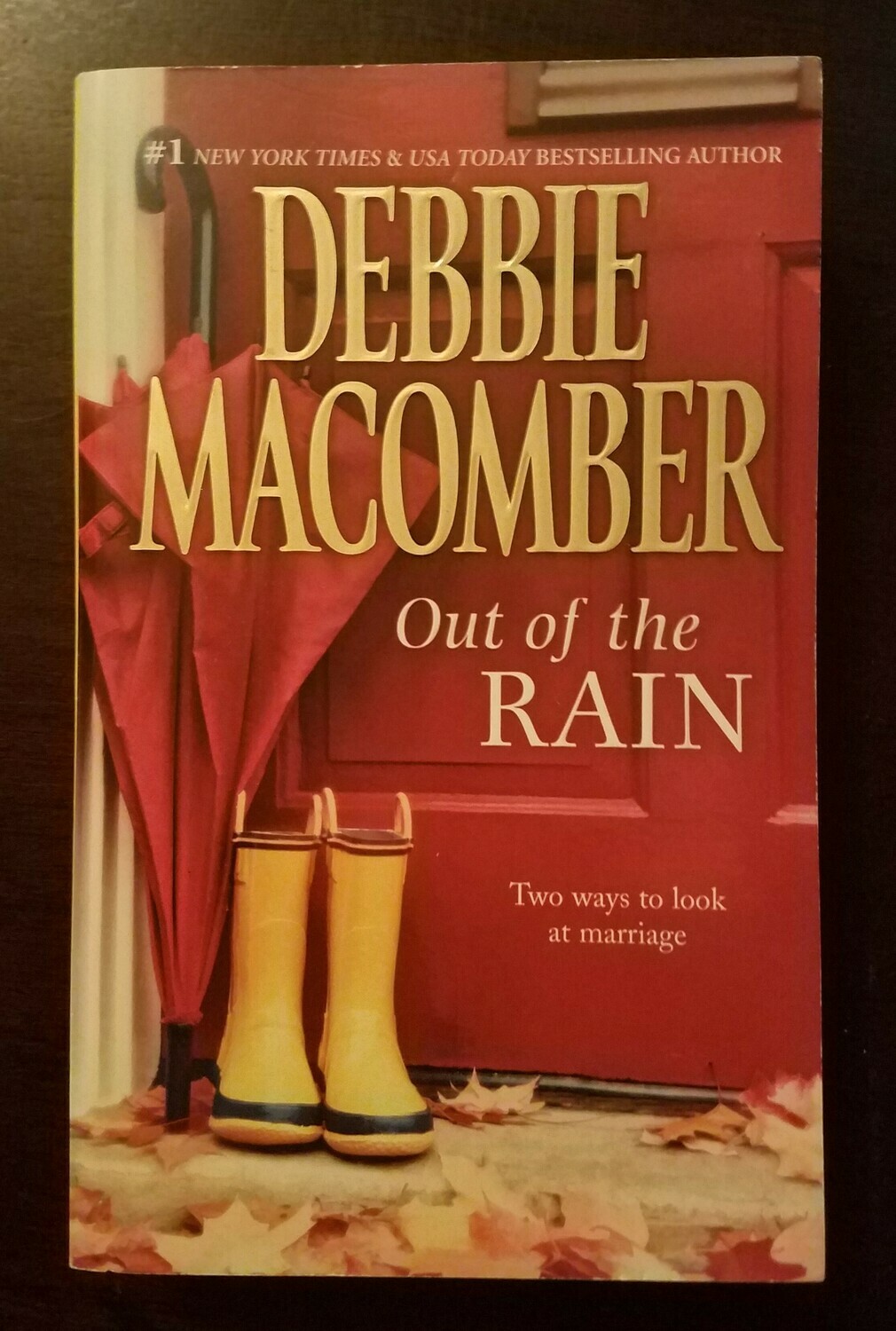 Out of the Rain by Debbie Macomber

The old adage says Marry in haste, repent at leisure.

Can you marry in haste and not repent at all?

As far as Nash Davenport's concerned, marriage isn't sheltered from the storm, it is the storm. He's a divorce attorney, himself divorced, who believes no married couple can live up to their wedding vows. Savannah Charles, however, believes in the value—and the values—of marriage. She's a wedding planner who finds herself saying yes when Nash unexpectedly proposes. Even though it's strictly a business proposal…

Laughter in the Rain

Can you marry at leisure—and wish you'd done it in haste?

Abby Carpenter has been involved with predictable, practical Logan Fletcher for years. One day she meets the unpredictable, impractical—and very exciting—Tate Harding. Does an everyday guy like Logan have a chance against a handsome stranger like Tate?