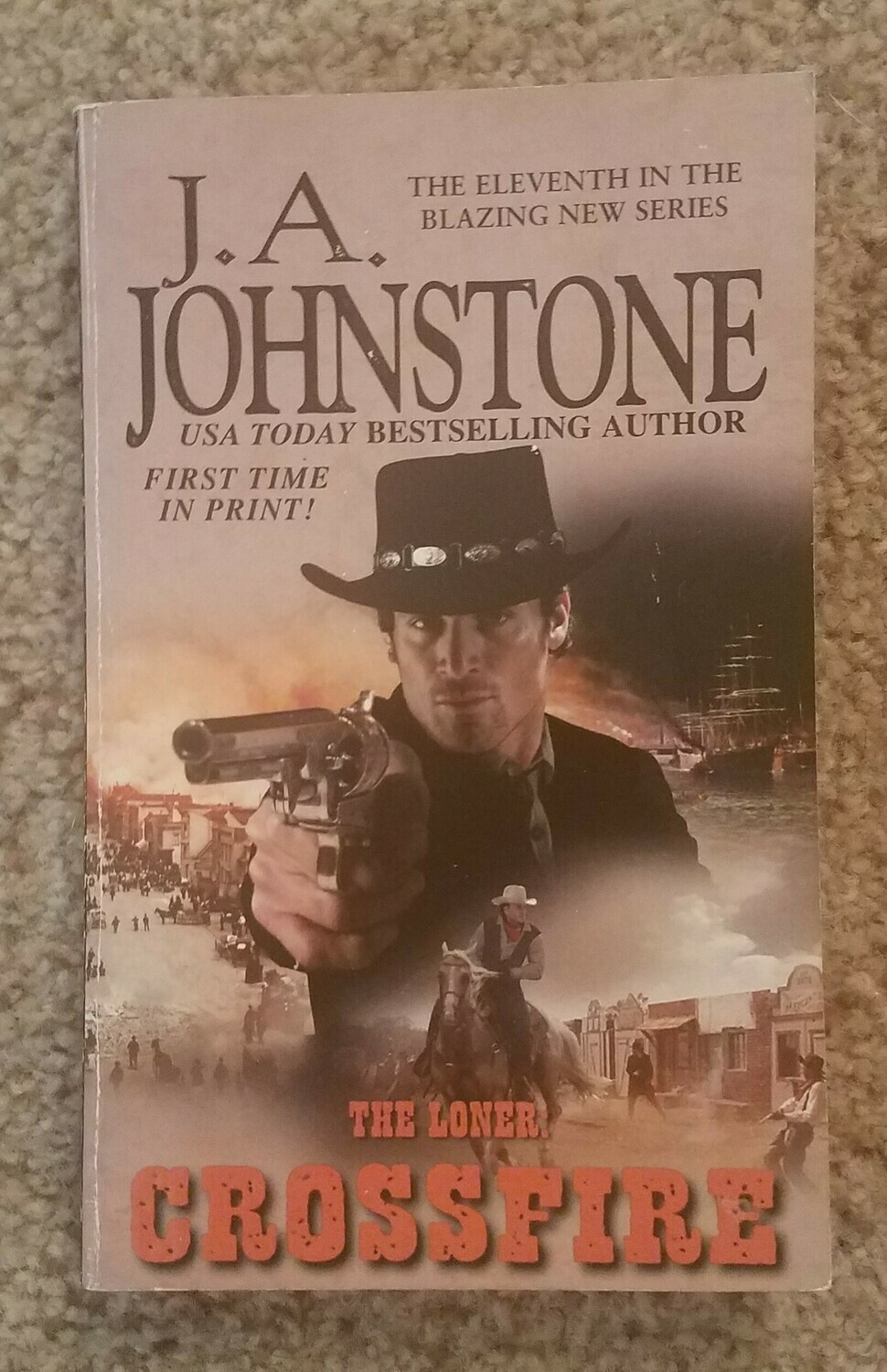 The Londer: Crossfire by J.A. Johnstone

A FATHER. A FIGHTER. A FINAL SHOWDOWN...

The Loner has searched the frontier for his missing children and their vengeful, runaway mother. Now, in fog-shrouded San Francisco, his search ends—and the fight begins. . .

Conrad Browning is The Loner, a man on a mission, crossing the country—and crossing a lot of bad men—to rescue his kidnapped young twins. The trail has led him all the way to San Francisco's perilous red-light district, where a crime lord is the proud father of newly adopted twins. The Loner knows his children when he sees them. But they're hostage to a brutal, violent mob feud. Then, just when he needs it most, The Loner is no longer alone: he is joined by his own father, Frank Morgan—the most notorious gunman in the West.

A family's pain. A woman's betrayal. A city exploding in violence. . . The Loner has come to the right place to save his children. But will they get out of Frisco alive?

These paperback books are all in either good condition or great condition.

These books all weigh 6 oz.