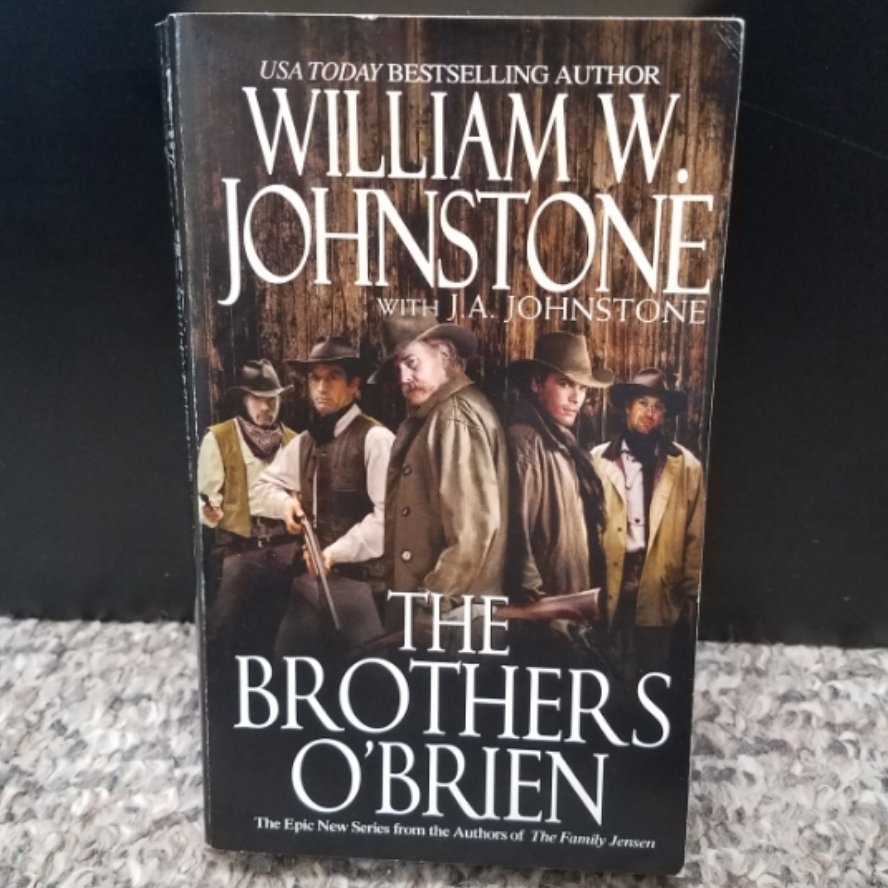 The Brothers O'Brien by William W. Johnstone with J.A. Johnstone

From William W. Johnstone, the master of the epic Western comes a bold new series set in the harsh, untamed New Mexico Territory--where four brave-hearted brothers struggle to work the land, keep the peace, and fight for the dream of America.

The War Between the States has ended. Now, driven from Texas by carpetbaggers, former CSA Colonel Shamus O'Brien sets off for a new frontier--New Mexico. Here, where land is cheap, bandits shoot to kill, and rustlers rule the night, it takes more than one man to run a ranch. So he offers a partnership to his eldest son, Jacob, with equal shares going to his sons Sam, Patrick, and Shawn. Together, the brothers O'Brien will defend their homestead, the Dromore, in this violent, lawless land. . .and when necessary, administer their own brand of frontier justice.