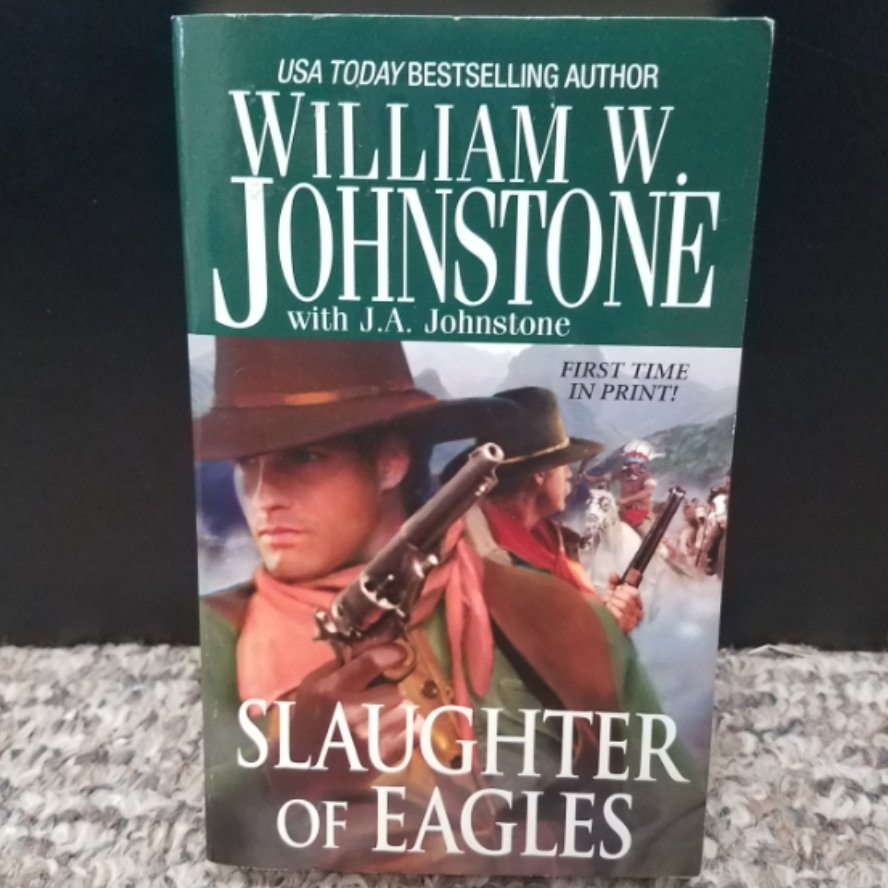 Slaughter of Eagles by William W. Johnstone with J.A. Johnstone

Life Is Cheap In Arizona Territory

In Phoenix, a sheriff guns down a banker and robs him of a document. Going to the banker's aid, a witness hears the dying man's last words and takes hold of the map the sheriff was really after. By the time the crooked lawman realizes he has the wrong document, Jolene Wellington is on the run--and framed for the murder of the banker.

Back east, Falcon MacCallister's famous brother and sister plead with him to find a young woman who has vanished out West. Her name is Jolene Wellington. Back in Arizona Territory, Falcon will be one of many men searching for Jolene and for a mysterious treasure hidden in haunted Indian land. But with a hired killer and a deadly deception facing Falcon, his search is leading him straight to slaughter. There, he'll get his answers--in the most vicious fight of his life. . .