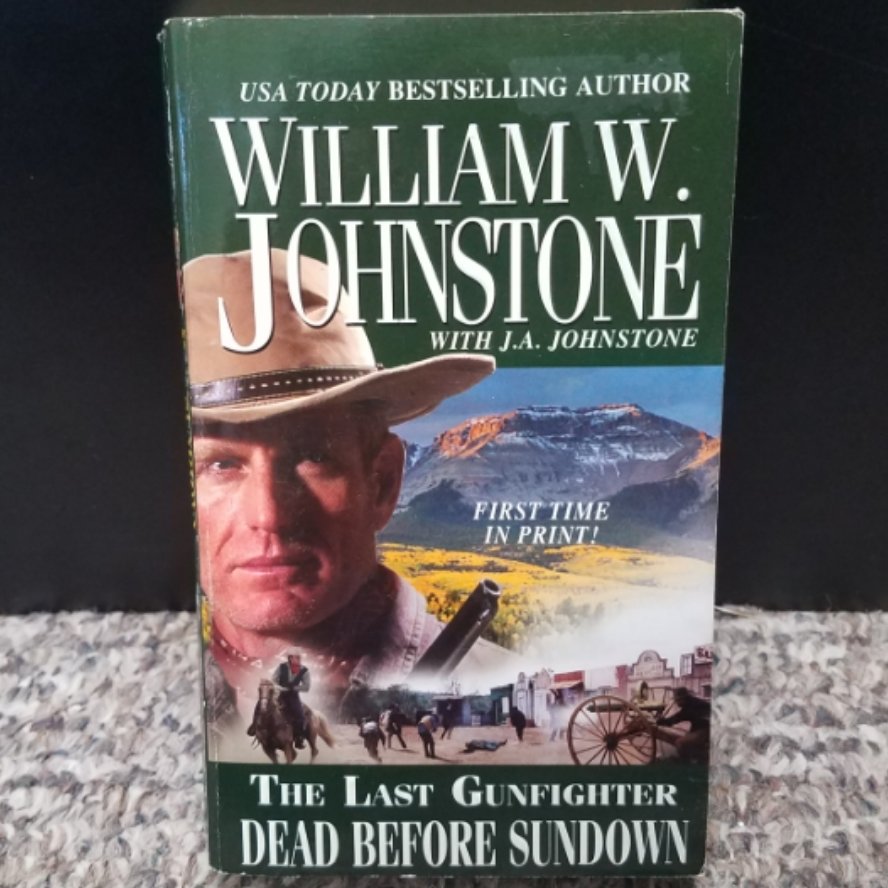 The Last Gunfighter: Dead Before Sundown by William W. Johnstone with J.A. Johnstone

In his bestselling Last Gunfighter novels, William Johnstone chronicles a clash of adventurers, outlaws, lawmen, and innocents. Among them all, one man with a gun stamped the frontier with a legend all his own.

Journey Across A Killing Ground. . .

Frank Morgan survived his first trip to Alaska. Barely. Now, in Western Canada, Morgan and a band of survivors encounter an arch enemy with a fortune in ill-gotten gains--money he'll use to supply murderous Metis rebels with stolen U.S. Army Gatling guns to use for a bloodbath--and the Last Gunfighter is now in their way. But before the rebels can kill him, a daring U.S. secret agent joins his side. In a harsh and untamed land, Frank Morgan will soon face the ultimate battle for survival--before an all-out civil war explodes.

These books both weigh 5.6 oz.