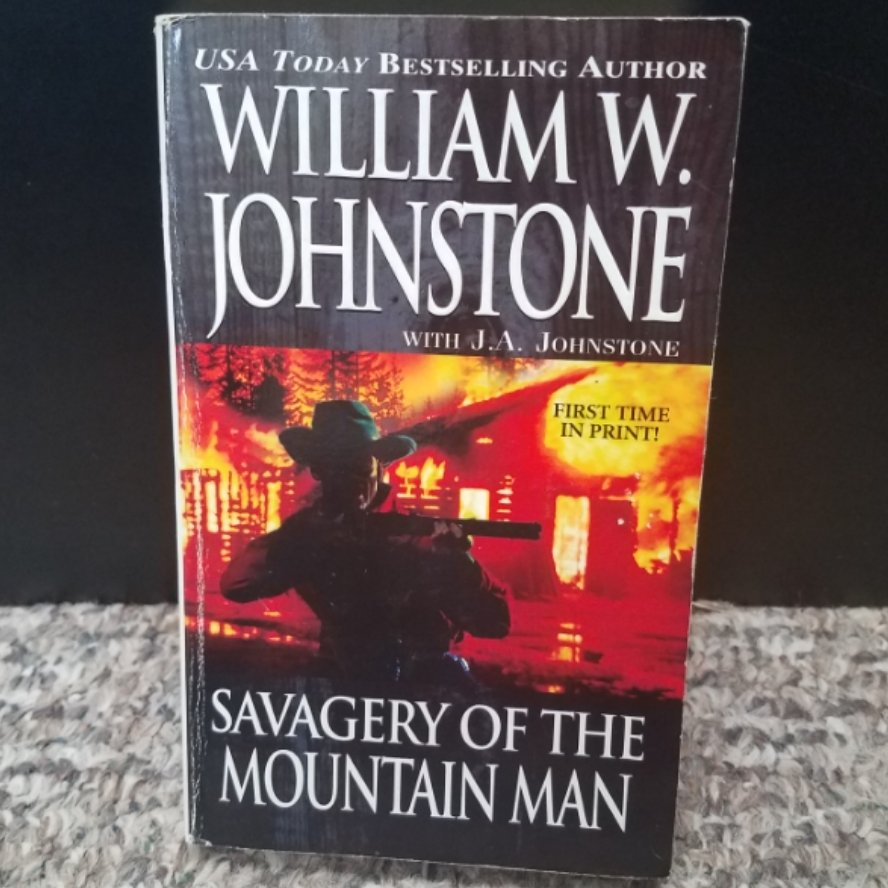 Savagery of the Mountain Man by William W. Johnstone with J.A. Johnstone

Santa Clara, Colorado, is 24 hours by train from the land where Smoke Jensen found peace and prosperity on his Sugarloaf Ranch. But somehow, Smoke can't stay away from Santa Clara—and from an evil cattle, baron hiding a murderous past.

And Where There's Smoke—There's Justice . . .

For Smoke, it starts at a high-class auction for a pureblood Hereford bull. Smoke wins the bidding—and earns the hatred of Pogue Quentin, Santa Clara's leading citizen and a man living on bloodshed and lies. Then Smoke's friend Pearlie drifts to Santa Clara. And when Pearlie runs afoul of Quentin, all hell breaks loose. Now Smoke Jensen is heading to Santa Clara to face a man who already wants him dead—but Pogue Quentin never met anything like the fire of a mountain man.

These books both weigh 5.6 oz.