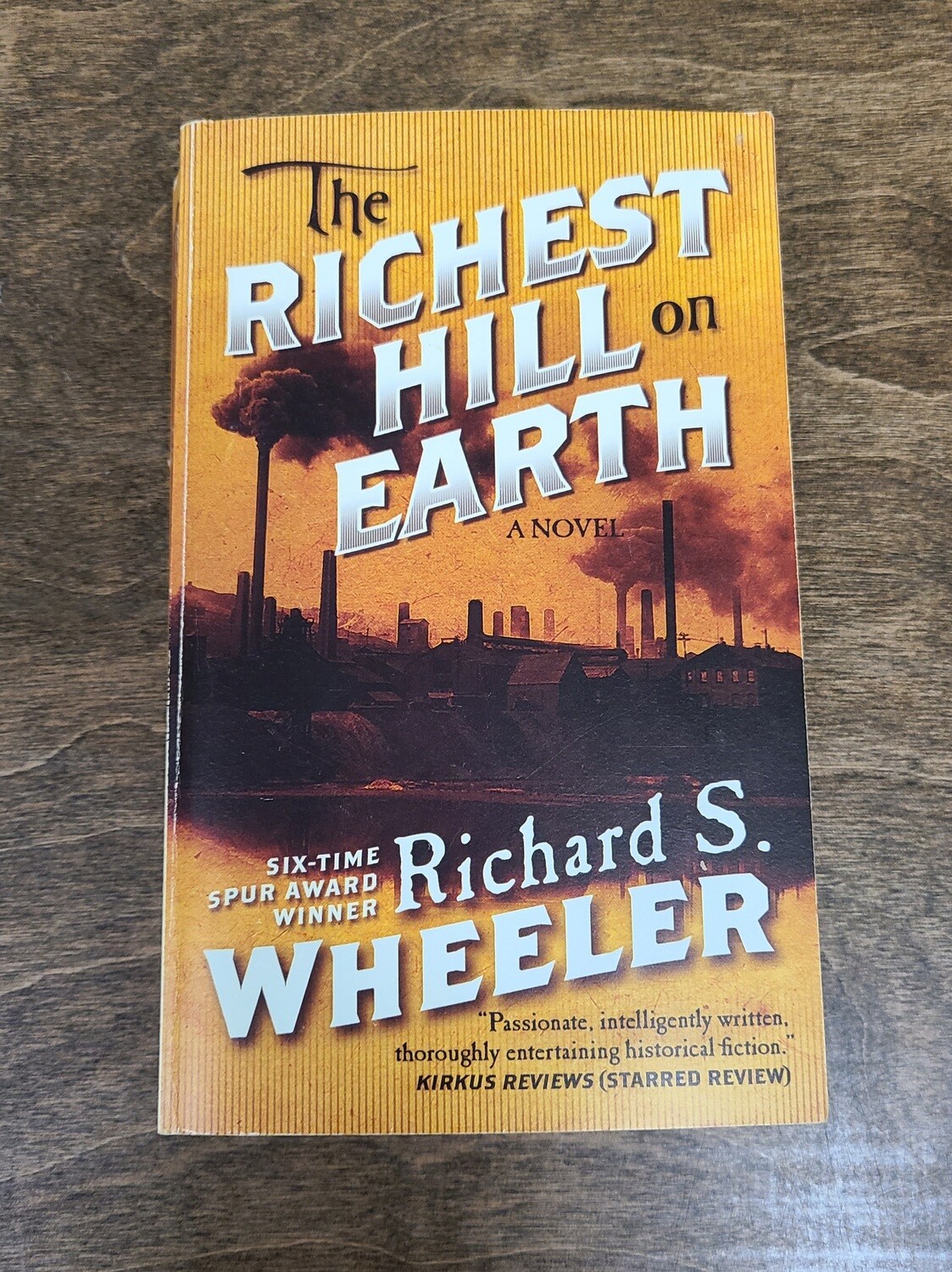 The Richest Hill on Earth by Richard S. Wheeler

In this captivating historical novel, six-time Spur Award winner Richard S. Wheeler turns his storyteller's eye to a clash of towering ambitions in the American West, when the Copper Kings of Butte, Montana, wrestled each other for control of both the "richest hill on earth" and Montana's fledgling government.

The city of Butte looks like a cancerous mélange of smoky mine boilers and rudely constructed sheds when newspaperman John Fellowes Hall arrives on a cold spring day in 1892. Butte may be ugly, but it's the place to get rich. It's also a city full of stories―perfect for a journalist looking to make a name for himself. As an employee of mining titan William Andrews Clark, Hall becomes a part of the best story of them all: the fight among the Copper Kings.

Butte's three founding fathers were remarkable men with little in common other than ambition. Marcus Daly, a humble Irish immigrant, led the Anaconda Copper Mining Company. His political rival, the formidable William Andrews Clark, a brilliant but vain businessman, bought himself a United States Senate seat. And Augustus Heinze tried to steal the mines, using lawyers and bribed judges, only to be crushed by the Rockefellers. The Richest Hill on Earth captures their struggle as well as the stories of the ordinary people―the miners, their wives and children, the journalists, and even the psychics―trying to make their fortunes in the rapidly changing West.