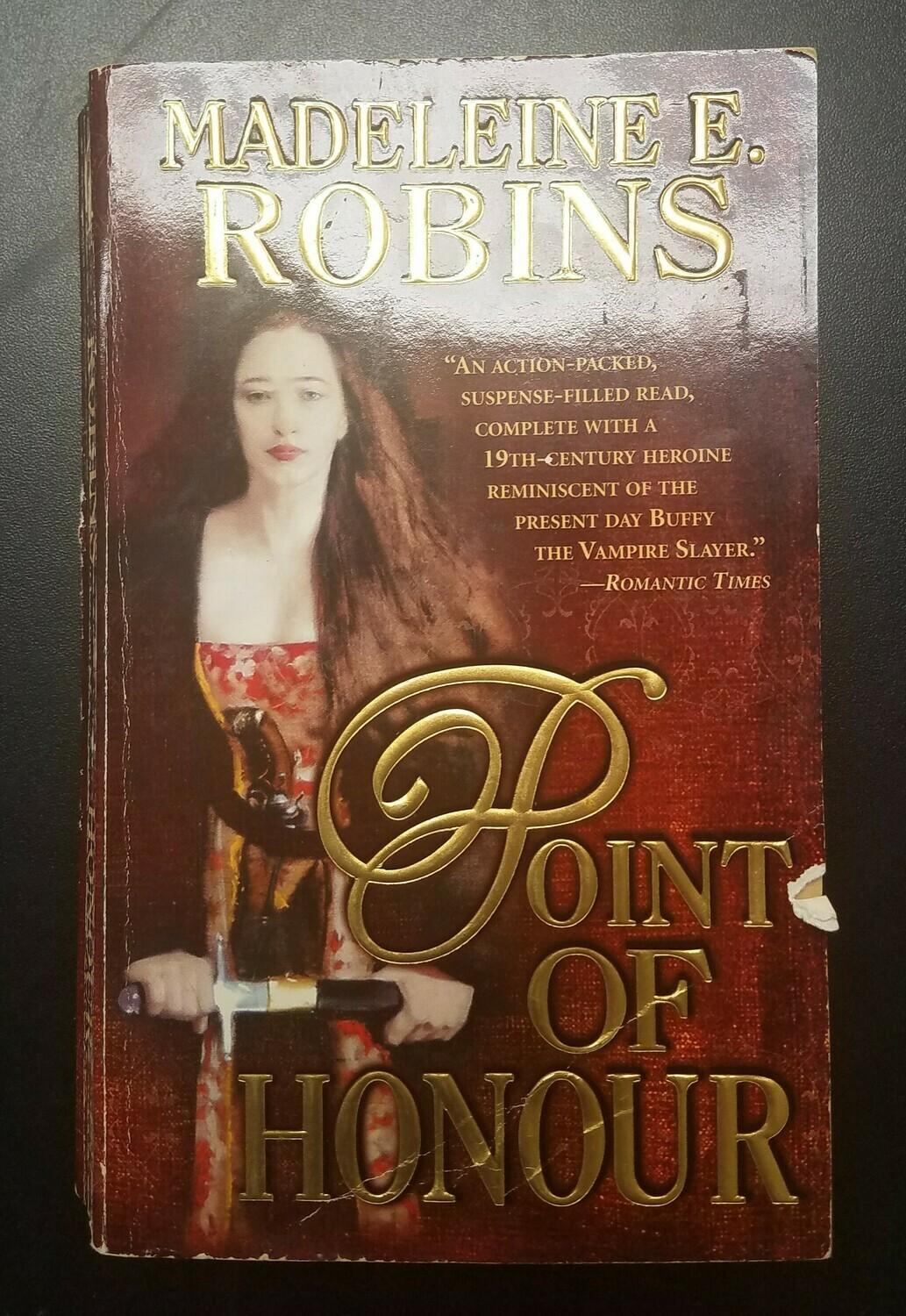 Miss Sarah Tolerance ran away with her brother's fencing master when she was sixteen. Now he's dead and she's back in England, and a Fallen Woman. But she refuses to follow the Fallen Women who have gone before her and become a courtesan. Sarah is a straight shooter, with her pistol as well as her wit, and her mind is as sharp as the blade of her sword. She's clever and discreet--she has reinvented herself as a private investigator.

Miss Tolerance is an Agent of Inquiry, the sole one of her kind in London in this year of 1810, with mad King George III on the throne and Queen Charlotte acting as Regent. Sarah's position in society allows her to float between social layers, unearth secrets, find things that were lost, and lose things too dangerous to be kept.

An agent of the Earl of Versellion has asked her to find a fan that the Earl's father gifted to a lady with brown eyes. When Sarah discovers the secret of the fan, both she and the Earl are targeted by ruthless killers. They realize the fan has a second secret, one that will affect the fate of England itself, and they must decipher it.

Sarah's life is getting more and more complicated-and she's growing closer and closer to the Earl. To save England and herself, she must decide whether to be guided by her heart... or her conscience.

This paperback book is in good condition and weighs 6 oz.