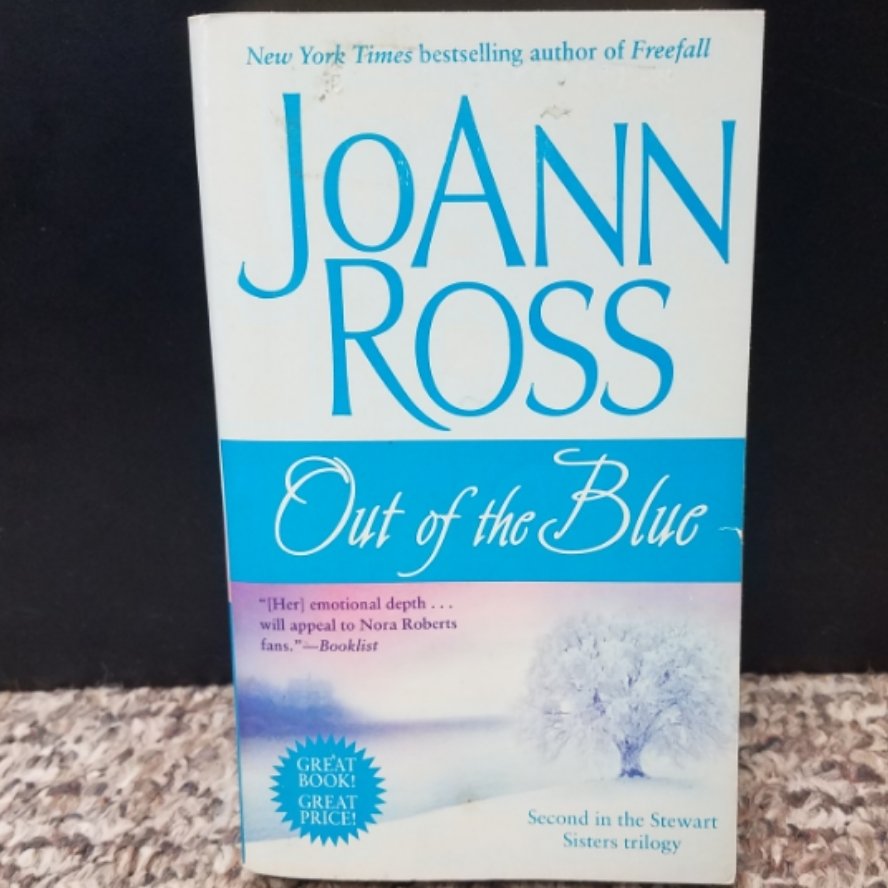 Out of the Blue by JoAnn Ross

Ross's latest, the second in a trilogy which began with Out of the Mist, follows famous country singer Lark Stewart through perils worthy of the silent screen's Pauline. They begin when Lark's longtime bandmate Danny Murphy is shot in New Orleans. Briefly suspected of the crime, Lark is then released, but not before a sadist who has stalked her escapes from jail. Her family sends her girlhood sweetheart, Lucas McCloud, to protect her. A onetime sniper and FBI agent turned furniture maker, Lucas's lifelong love for Lark-derailed first by teenage folly and later by his dangerous work-has never died. Though their return to their birthplace in the Smokies re-ignites their romance, Lark remains under threat from the stalker, a scheming ex-husband, and Danny's still-unidentified attacker.

This paperback book is in great condition and weighs 6.6 oz.