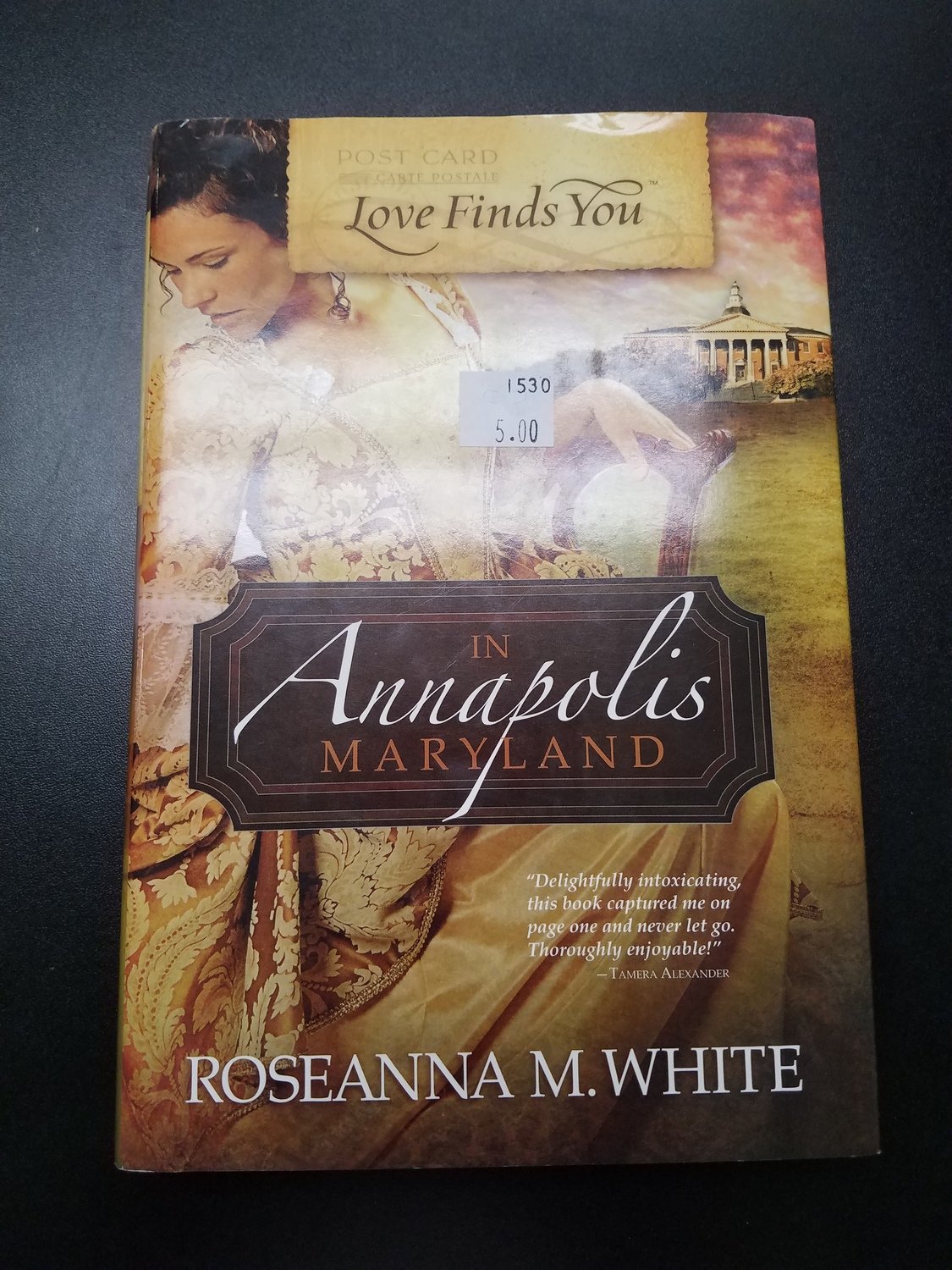 Love Finds You in Annapolis Maryland by Roseanna M. White

In 1784 peace has been declared, but war still rages in the heart of Lark Benton.

Never did Lark think she'd want to escape Emerson Fielding, the man she's loved all her life, but then he betrays her with her cousin. She flees to Annapolis, Maryland, the country's capital, and throws herself into a new circle of friends who force her to examine all she believes. Emerson follows, determined to reclaim his bride. Surprised when she refuses to return with him, he realizes that in this new country he has come to call his own, duty is no longer enough. He must learn to

open his heart and soul to something greater - before he loses all he should have been fighting to hold.

This hardback book is in great condition and weighs 13.6 oz.