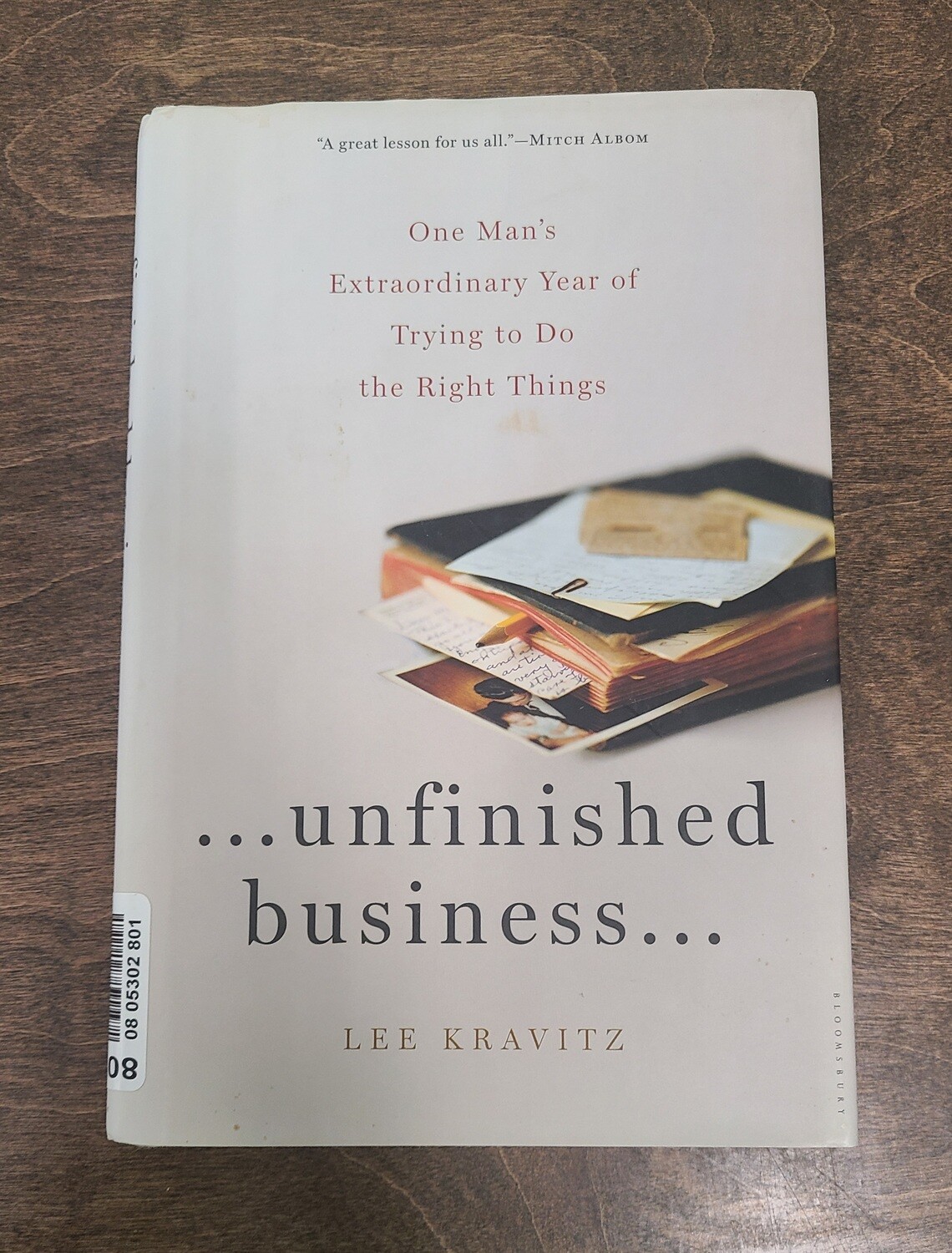 After losing his job, Lee Kravitz--a man who had always worked too hard and too much--took stock of his life and decided to spend an entire year making amends and reconnecting with the people and parts of himself he had neglected. Kravitz embarks on ten journeys, traveling everywhere from a refugee camp in Kenya to a monastery in California, and learning along the way that the things we let slip are exactly those that have the power to transform, enrich, enlarge, and complete us. Unfinished Business has prompted multiple speaking engagements, a blog on the Psychology Today Web site, and a groundswell of interest from readers sharing their own stories--the best of which are included in this paperback edition as further inspiration.