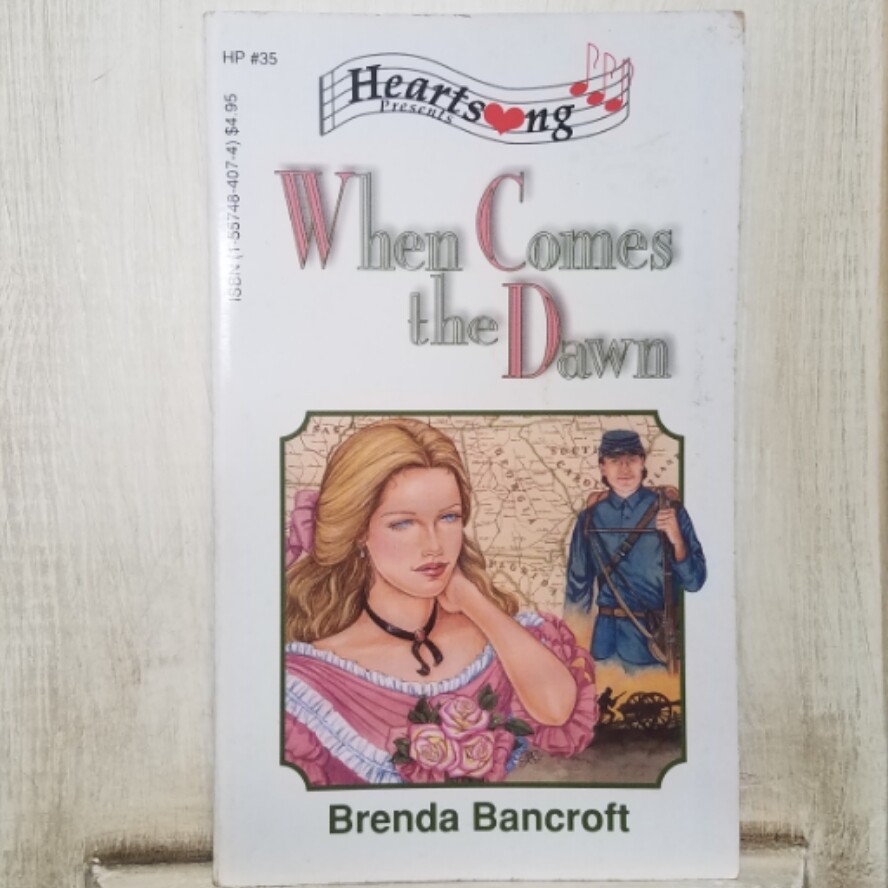 When Comes the Dawn by Brenda Bancroft

Dodging bullets as well as matrimony, Amity Sheffield knows only that she must leave her home.

Blond, petite Amity Sheffield once enjoyed the life of a southern belle. But that was before the War for Separation broke out and her father left for the battlefield...before the threat of a Yankee invasion forced the Sheffield household to leave Atlanta.

When her married half-sister arranges for Amity to marry their dour cousin Philomen, Amity is left with no choice. She might never again see Jeb Dennison, a handsome Rebel whose lips are must but whose eyes speak only of love, but she is determined to be faithful to him.

As Amity disappears at dawn into the surrounding countryside with her two faithful servants, she trusts God to protect them from enemy forces. Little did she expect that He would also lead her to the man she loved.