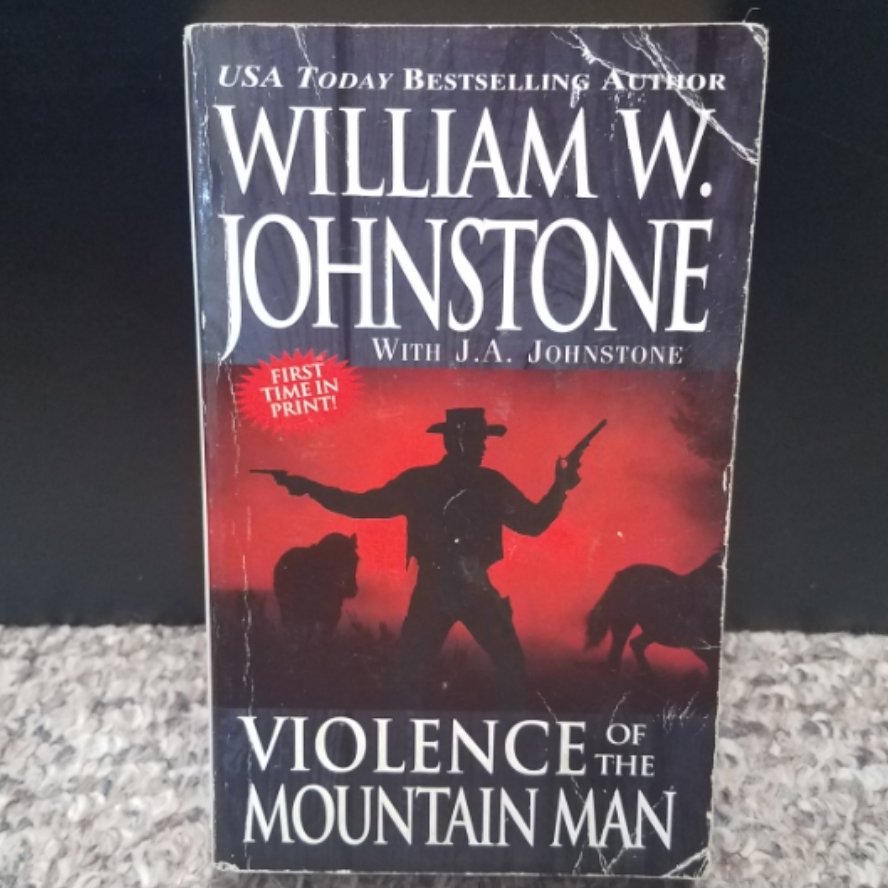 Violence of the Mountain Man by William W. Johnstone with J.A. Johnstone

Deal With The Devil

Smoke Jensen has seen the worst that men can do on the lawless frontier. But even the mountain man is not prepared for the outlaw band that strikes Smoke's ranch, kidnapping Sally and the daughter of Smoke's neighbor. Now, the women are gone and a ranch hand and his young daughter are dead.

Outlaw Reece Van Arndt is the mastermind behind the attack, and he thinks he has Smoke where he wants him: Van Arndt will give back the women if Smoke is willing to cut a deal. . . It's a ploy no sane man would ever attempt. What Van Arndt doesn't know are the lengths Smoke Jensen will go to find his wife. And when he does, no money or promises will be exchanged: only bullets--and lives. . .