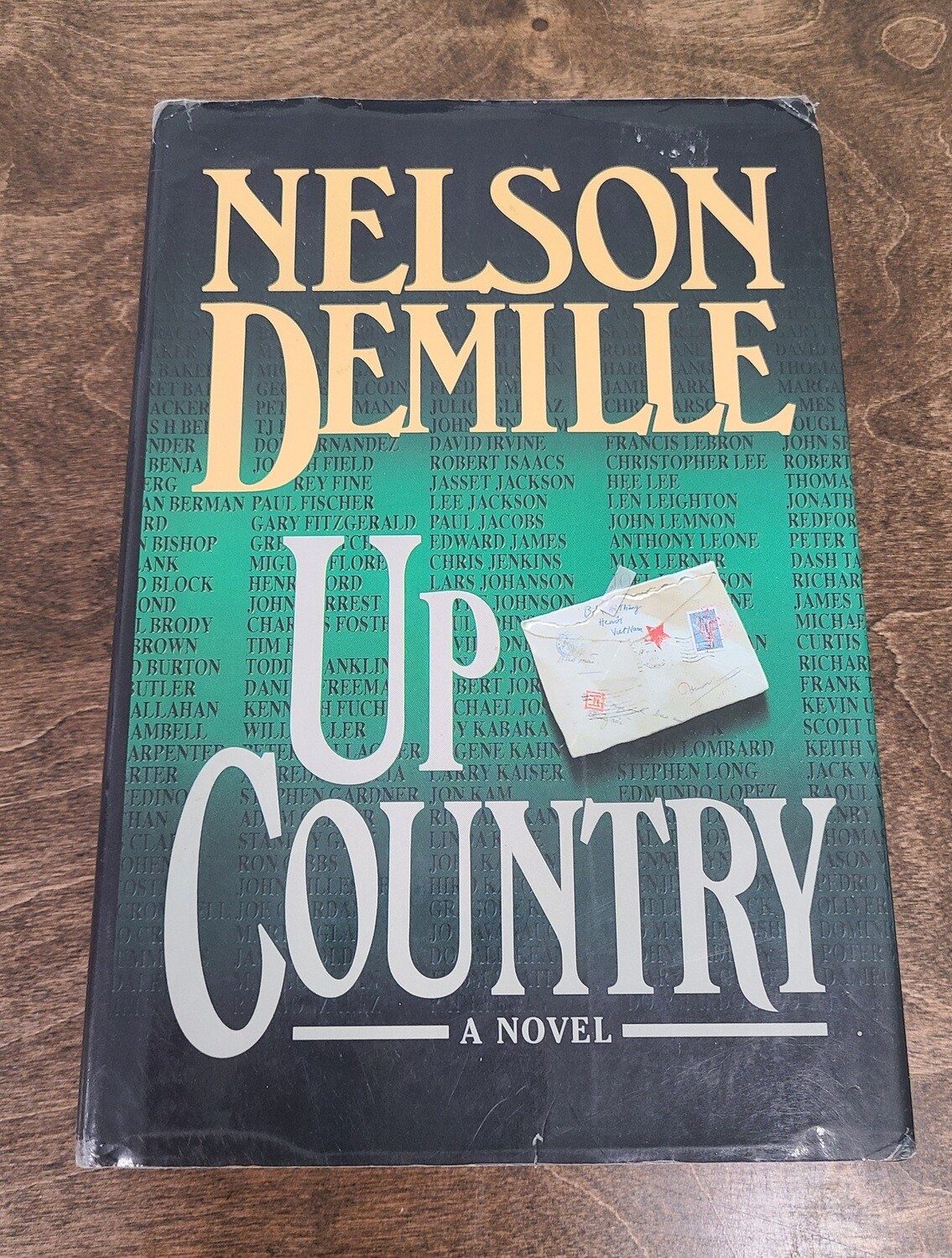 Up Country by Nelson Demille

"Much more than a blood-and-guts thriller...An insightful, moving, and sensitive look at what the war did to a country, its people, and its enemies." - Orlando Sentinel

Former army homicide investigator Paul Brenner has just gotten used to the early retirement forced on him after the disastrous end of his last case when his old commanding officer asks him to return for one final mission: investigate a murder that took place in wartime Vietnam thirty years before. Brenner reluctantly accepts out of curiosity and loyalty...and maybe a touch of boredom. He won't be bored for long.

Back in Vietnam, Brenner meets expatriate Susan Weber, a woman as exotic, sensual, and dangerous as the nation of her voluntary exile. Brenner is plunged into a world of corruption, lethal double-cross, and haunted memories-as he's suddenly thrust back into a war that neither he nor his country ever really stopped fighting.

This hardback book is in good condition and weighs 3 lbs and 5.7 oz.