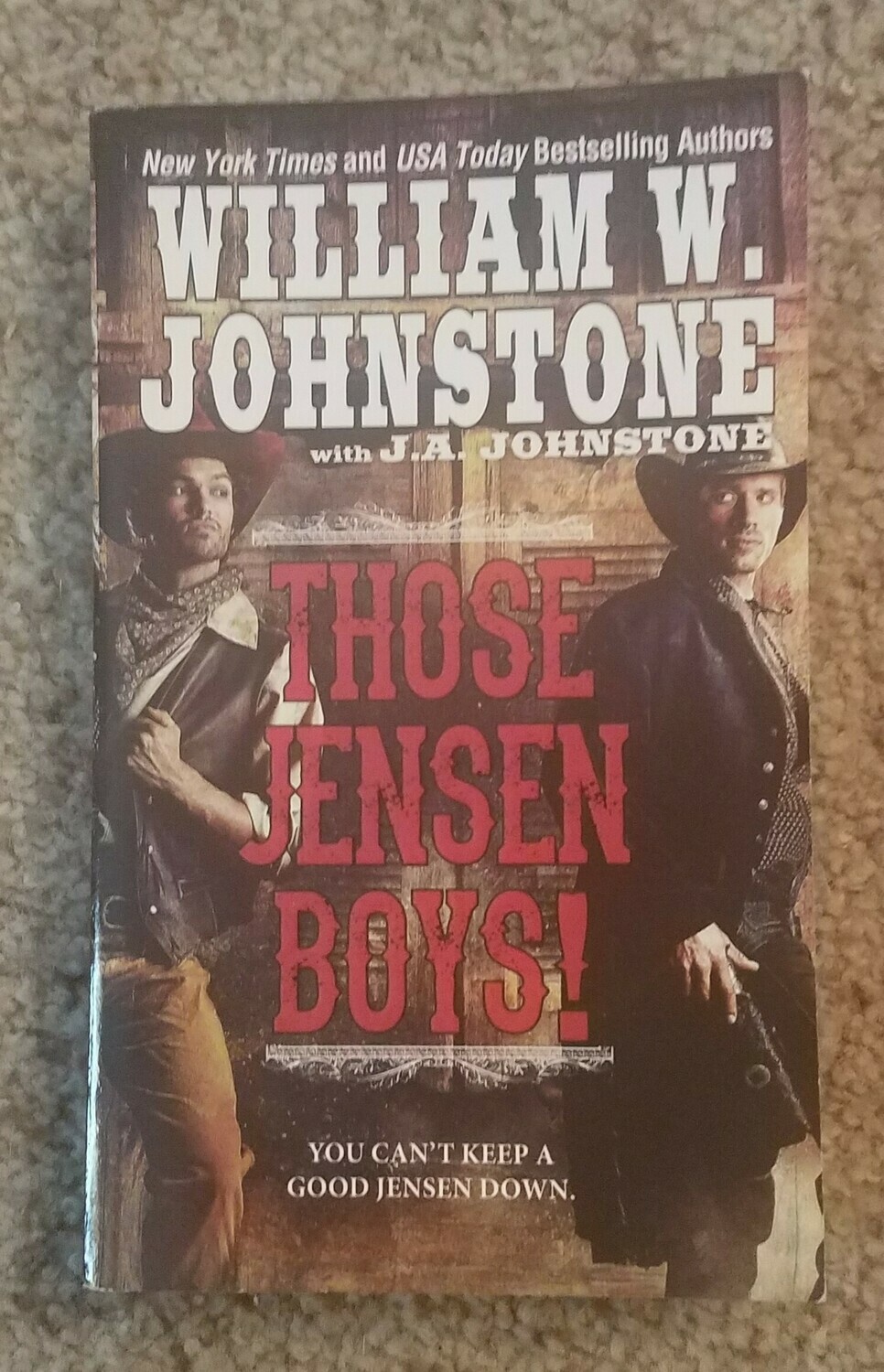 Those Jensen Boys! by William W. Johnstone with J.A. Johnstone

A bold, sprawling epic of the American West, the Jensen family saga has captivated readers for nearly three decades. Now comes the untold story of Smoke Jensen's long-lost nephews, Ace and Chance, a pair of young-gun twins as reckless and wild as the frontier itself. . .

Luck Of The Draw

Their father is Luke Jensen, supposedly killed in the Civil War. Their uncle Smoke is one of the fiercest gunfighters the west has ever known. It's no surprise that the inseparable Ace and Chance Jensen have a knack for taking risks--even if they have to blast their way out of them. Chance is a bit of a hothead, good with his gun and his fists. Ace is more of a thinker, sharp as a snake bite and just as deadly quick. Their skills are put to the test when two young ladies ask them to protect their struggling stagecoach line from a ruthless, bloodthirsty mine owner with money, power--and enough hired killers to slaughter half the territory.

Those Jensen boys have to ask themselves: What would Smoke Jensen do?