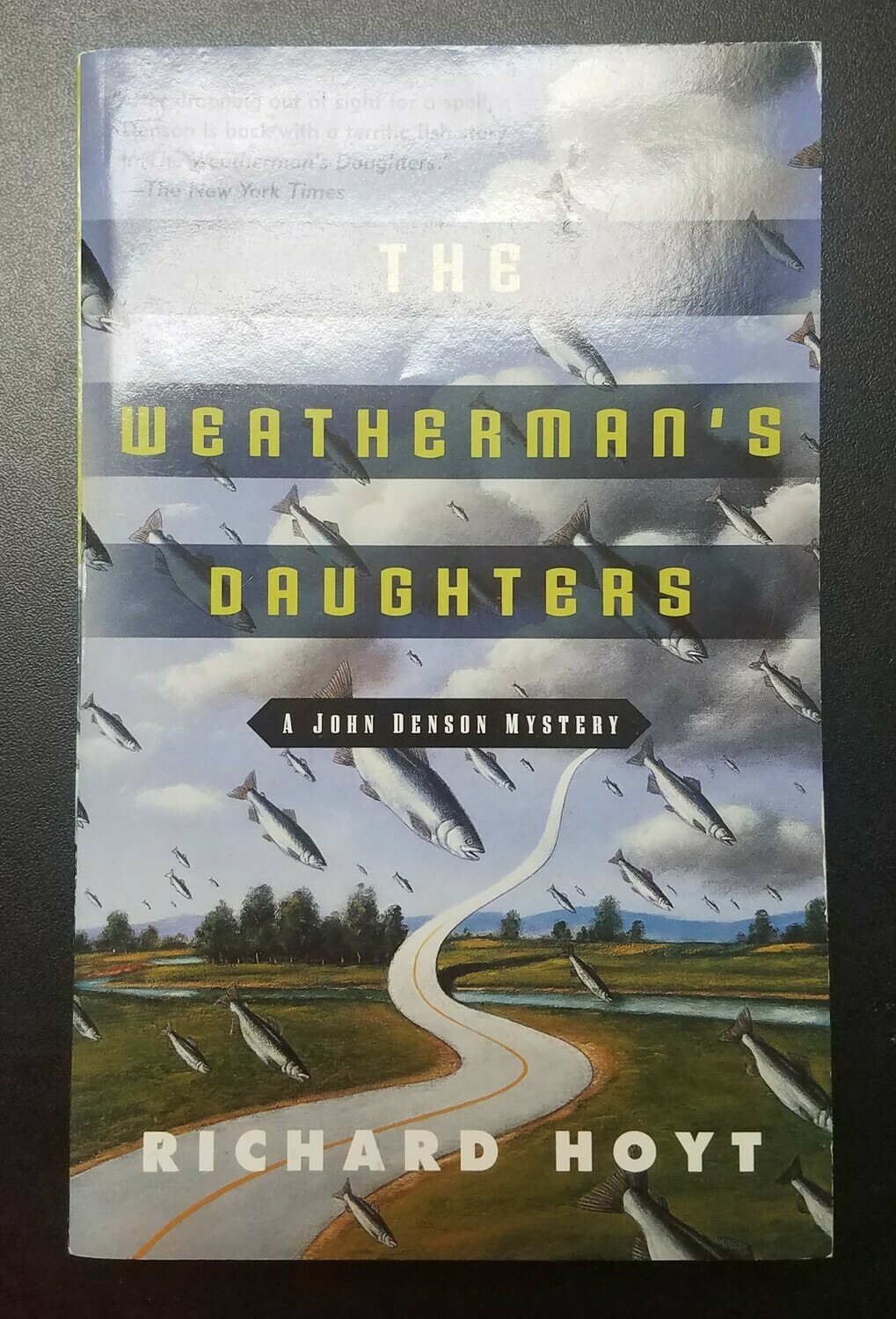 The Weatherman's Daughters by Richard Hoyt

In The Weatherman's Daughters, Richard Hoyt returns to his highly acclaimed John Denson mystery series with a natty new twist.

Frustrated by his inability to trace a criminal monster, Denson sets down his skepticism and accepts, provisionally, the shamanistic ways of his Native partner, Willie Prettybird. Out-of-body flying? Entering the spirit of an animal? Can it be true? Can Denson solve murders by playing Carlos Castaneda to Willie's Don Juan?

Two daughters of a Portland weatherman have been killed for no apparent reason. Denson and Willie are called from their remote cabins on Whorehouse meadow in the Cascade Mountains to help. But for once Denson is stumped-this is a trail he can't seem to follow.

An exotic dancer wants to join the investigation, and Denson cannot resist her. But does she really intend to help? Or is she a spy or saboteur?

Willie offers Denson a challenge. Since your rational ways aren't working, open the door to shamanism. Leave your body and seek to join the spirit of an animal who might be a guide.

Fearing that he will never come back, Denson takes the risk.

The trail revealed smells of bear galls, ancient Chinese medicine, and right-wing malcontents. Denson, the tracker, is profoundly changed by his discoveries.