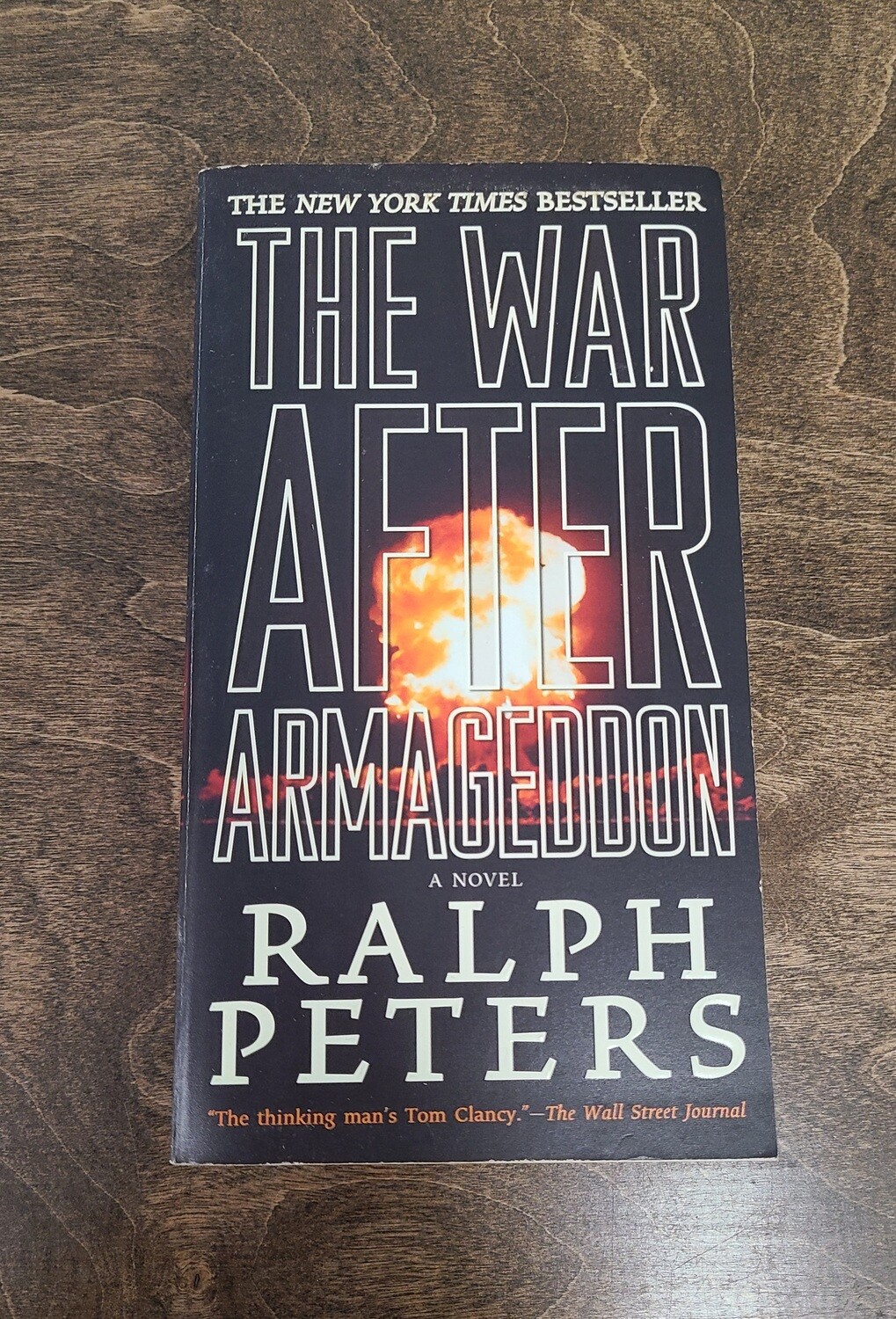 The War After Armageddon by Ralph Peters

Shocking scenes of battle…unforgettable soldiers…heartbreaking betrayals…. In this stunning, fast-paced novel, a ruthless future war unfolds in a 21st-century nightmare: Los Angeles is a radioactive ruin; Europe lies bleeding, and Israel has been destroyed…with millions slaughtered. A furious America fights to reclaim the devastated Holy Land.

The Marines storm ashore; the U.S. Army does battle in a Biblical landscape. Hi-tech weaponry is useless and primitive hatreds flare. Lt. Gen. Gary “Flintlock” Harris and his courageous warriors struggle for America’s survival--with ruthless enemies to their front and treachery at their rear. Islamist fanatics, crusading Christians, and unscrupulous politicians open the door to genocide.

The War After Armageddon thrusts the reader into a terrifying future in which all that remains is the horror of war--and the inspiration of individual heroism. A master at bringing to life “the eternal soldier,” Ralph Peters tells a riveting tale that honors those Americans who fight and sacrifice all for a dream of freedom.

This paperback book is in great condition and weighs 11.3 oz.