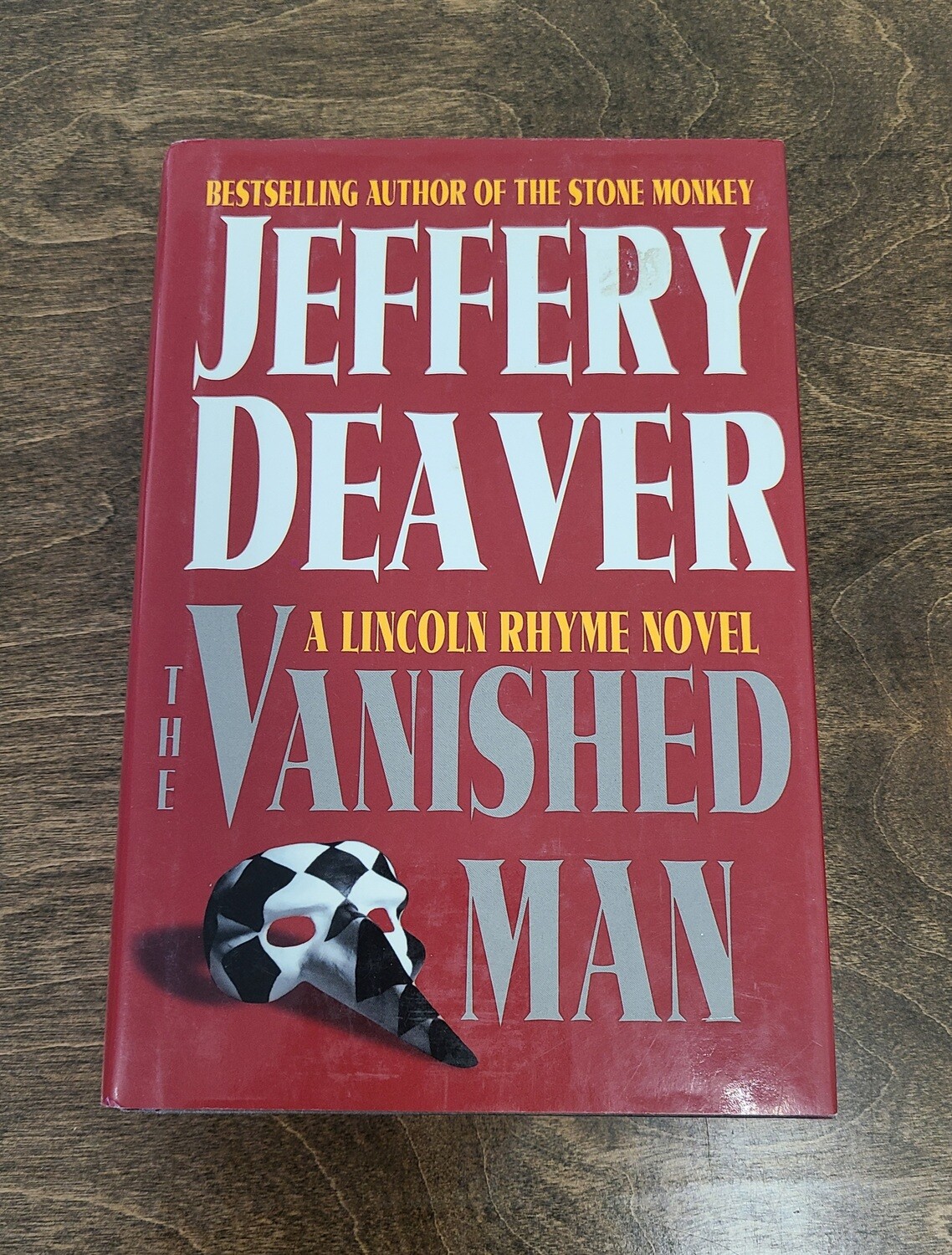 The Vanished Man by Jeffery Deaver

From the New York Times bestselling author Jeffery Deaver—Lincoln Rhyme and Amelia Sachs must track a brilliant illusionist and escape artist whose masterful magician’s tricks are matched only by his ruthless murders.

Forensics expert Lincoln Rhyme is called in to work the high-profile investigation of a killer who seemingly disappeared into thin air just as the NYPD closed in. As the homicidal illusionist baits him with grisly murders that grow more diabolical with each victim, Rhyme and his protégée, Amelia Sachs, must go behind the smoke and mirrors to prevent a horrific act of vengeance that could become the greatest vanishing act of all…

This hardback book is in great condition and weighs 1 lb and 1.6 oz.