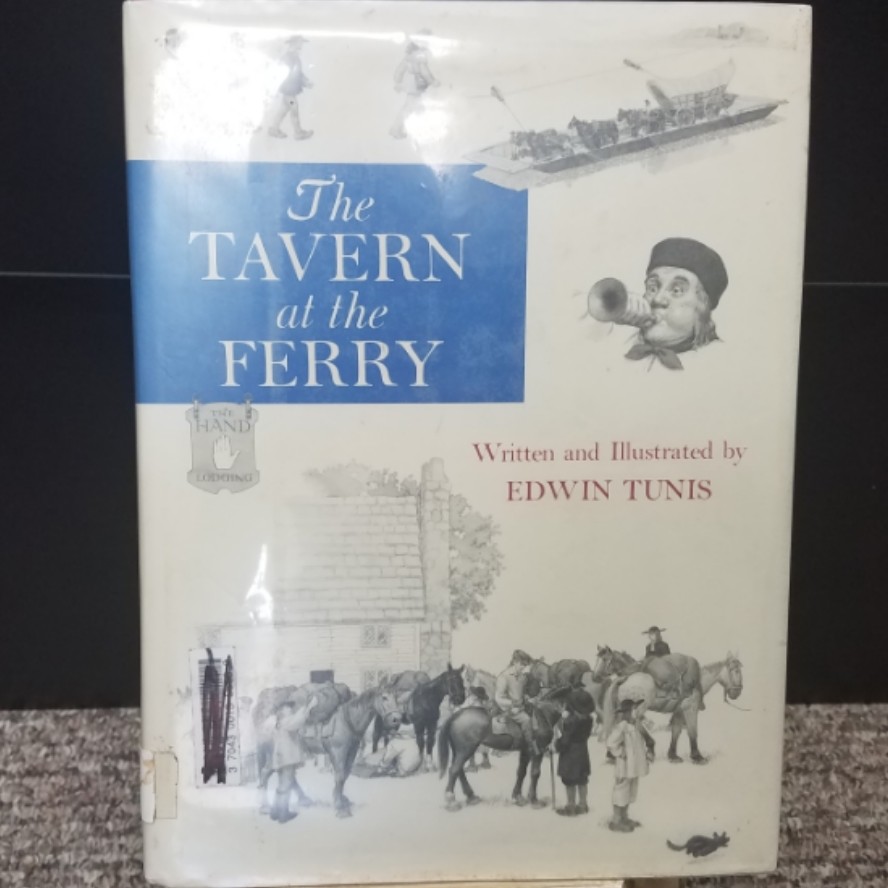 The Tavern at the Ferry by Edwin Tunis

At first the ferry was just a hollowed-out log canoe in which Henry Baker carried wayfarers across the Delaware River from Bucks County, Pennsylvania, to New Jersey. Horses had to swim and tired travelers were put up in the Baker home. Nearly a century later, in December 1776, General George Washington set up headquarters in a mansion near the prosperous tavern that had replaced Baker's house. In The Tavern at the Ferry, Edwin Tunis recreates the people, houses, and artifacts―indeed, the whole way of life―of a vital period in our country's history with his lively text and more than 100 meticulous and evocative pencil-and-wash drawings. He depicts the rhythms of daily life in pre-Revolutionary America, from cooking, eating, and drinking to farming and fishing, and describes how such enterprises as flax oil mills and ironworks operated.

Through Henry Baker and his family, Tunis tells the story of America's growth in the colonial period and the growing dissatisfaction of its citizens with British rule. More than just set the scene, The Tavern at the Ferry chronicles the dramatic story of the events leading up to Washington's crossing of the Delaware and the ensuing Battle of Trenton, a turning point in the War of Independence. The weeks and days before the crossing were full of intrigue, and Tunis follows the stories of such men as John Honeywell, the patriot double-agent, and Moses Doan, the would-be betrayer, as well as those of the tired but determined troops who turned the tide of war under Washington's leadership. Whether illustrating a dance at a country tavern or soldiers marching across a snow-covered field, The Tavern at the Ferry provides the small, vivid details that bring history to life.