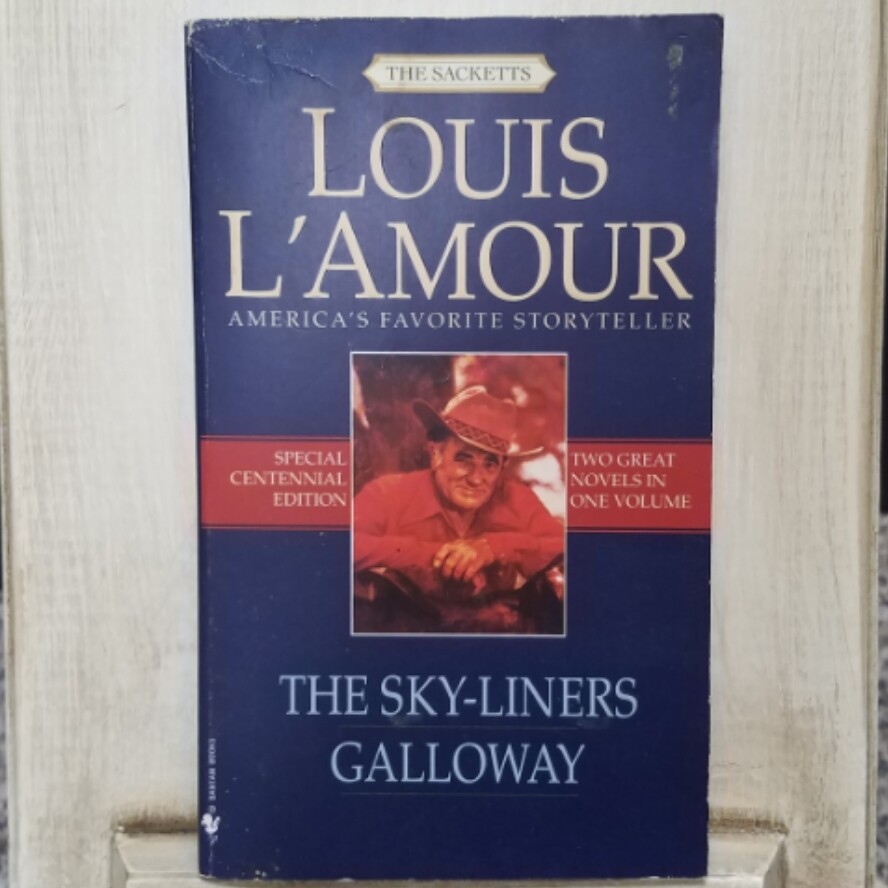 The Sky-Liners Galloway by Louis L'Amour

Filled with action, adventure, mystery, and historical detail, the Sackett series is a remarkable contribution by one of America’s greatest storytellers.

Flagan and Galloway Sackett had made a deal to escort Judith Costello, the granddaughter of a wealthy Irish horse trader, to her father’s home in Colorado. Flagan saw nothing but trouble in the pretty, fiery young woman, but they needed the horses. Unfortunately, Flagan was right, for Judith had fallen for James Black Fetchen, a charismatic gunman whose courtship hid the darkest of intentions. Flagan and Galloway could only guess why Judith was so important to Fetchen and what awaited them at her father’s ranch. One thing Flagan knew for sure: the tough and spirited woman had won his heart. But could he trust her with his life?

Trouble was following Flagan Sackett with a vengeance. Captured and tortured by a band of Apaches, he had escaped into the rugged San Juan country, where he would try to stay alive until his brother, Galloway, could find him. But the brothers were about to find worse trouble ahead. Their plan to establish a ranch had angered the Dunn clan, who had decided that the vast range would be theirs alone. Now Galloway and Flagan would face an enemy who killed for sport—but as long as other Sacketts lived, they would not fight alone….