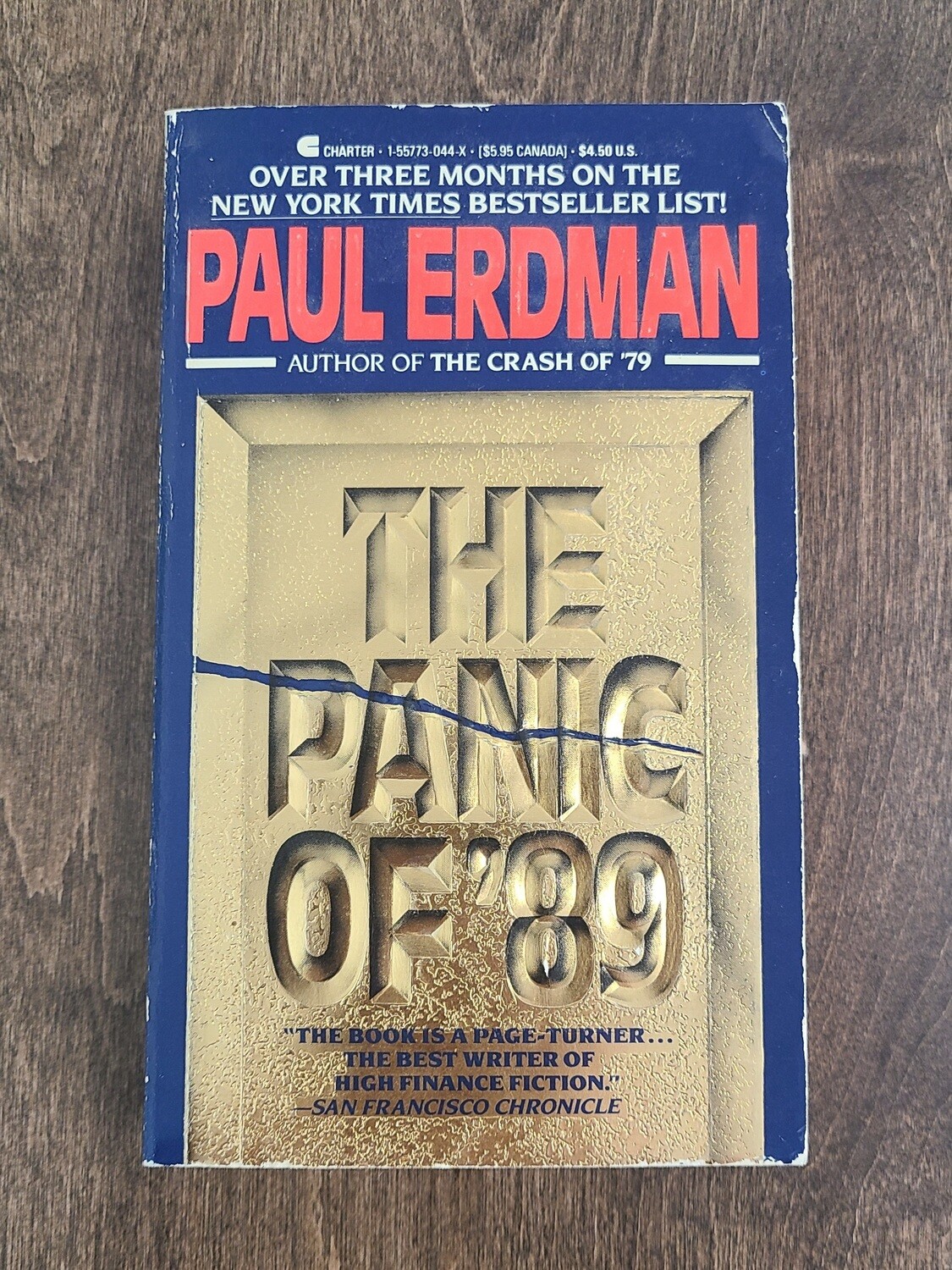 The Panic of '89 by Paul Erdman - Paperback

Two Venezuelan brothers devise an ingenious plan for collecting a vast fortune by engineering a chain of events that sends America's economy into a tailspin and only Paul Mayer can stop it.

Erdman's cool, incisive style heightens the effects in his new novel, topping The Crash of '79 and his other bestsellers. The hero, Paul Mayer, resembles the author; both are eminent economists and natives of Sweden now living in the U.S. As 1989 looms, Mayer contemplates a grim future, with troubles amassing since the second term of America's "luckiest" President, blameless and unworried during his last days in office. The stock market drops out of sight. Banks are falling like dominoes. Foreign countries default wholesale on huge loans to the U.S. These are among the possibilities Erdman graphically spells out, sending shock waves through the reader. The cast of characters is also strikingly real. International conspirators include Arabs and Venezuelans, a Swiss banker, a motley gang with designs on each other and on the main objective, the Bank of America. As the narrative accelerates, so do the crises that Mayer and a few allies commit themselves to averting. If they succeed, the valiant team will belong in the company of Atlas, Hercules and other doers of the impossible.

This paperback book is in great condition and weighs 6.3 oz.