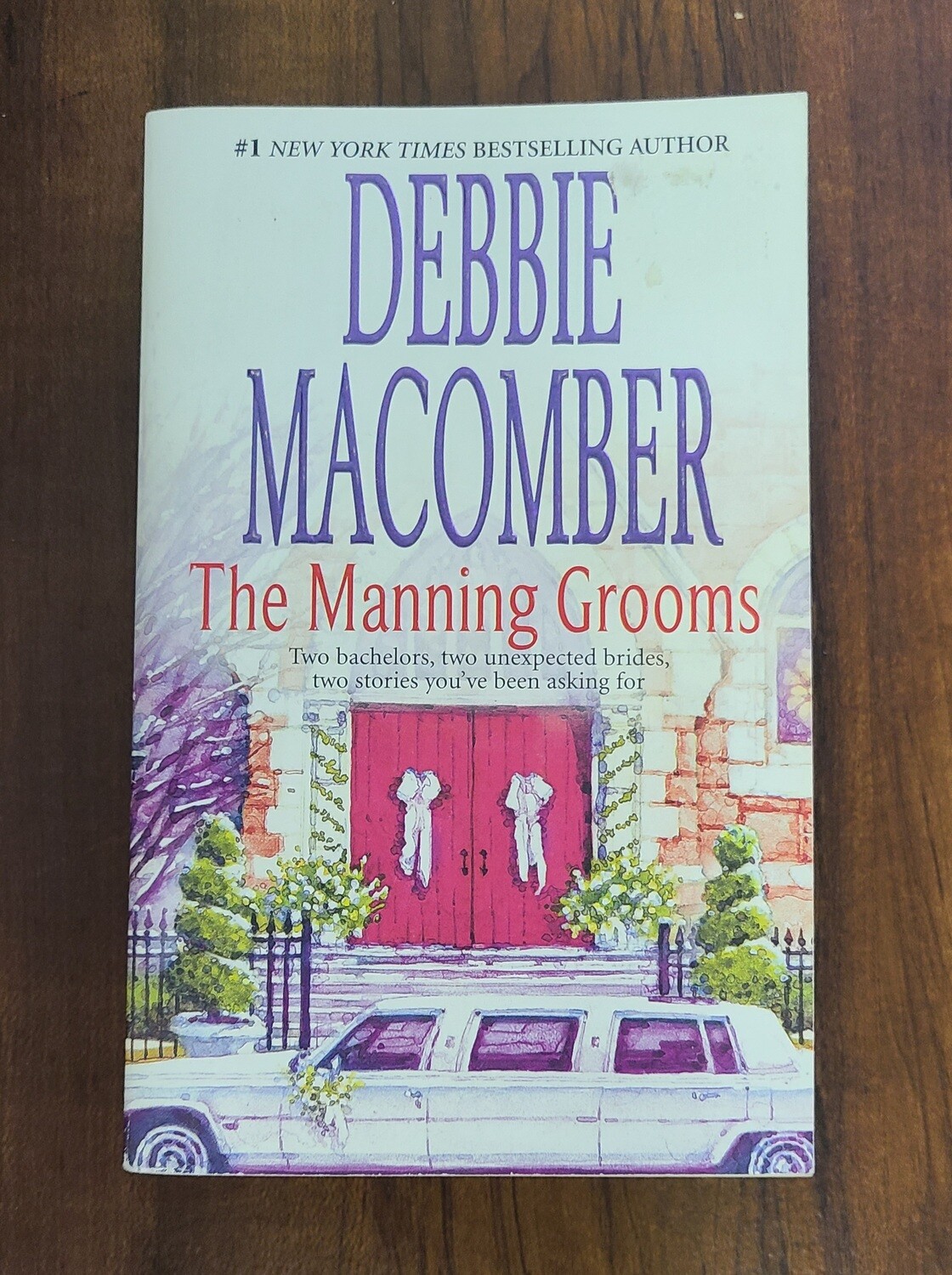 The Manning Grooms by Debbie Macomber

A reluctant groom and an impulsive one…

Jason Manning is content with his life as a bachelor, a slob, and a sports fan. Then a precocious teen named Carrie Weston decides to play matchmaker, introducing him to her mother. To his relief, Charlotte is as uninterested in marriage as he is. But Jason's feelings start to change once he gets to know his Bride on the Loose.

James Wilkens was almost a Manning groom—because he almost married one of the Manning sisters. With that broken engagement behind him, he spends New Year's Eve in Las Vegas…where he meets Summer Lawton. She's just suffered a painful betrayal, and James promises her that in a year she'll be over it. To prove his point, he makes a date to meet her in Vegas Same Time, Next Year. Except it turns out to be more than a date—it's a wedding!

This paperback book is in great condition and weighs 8.1 oz.