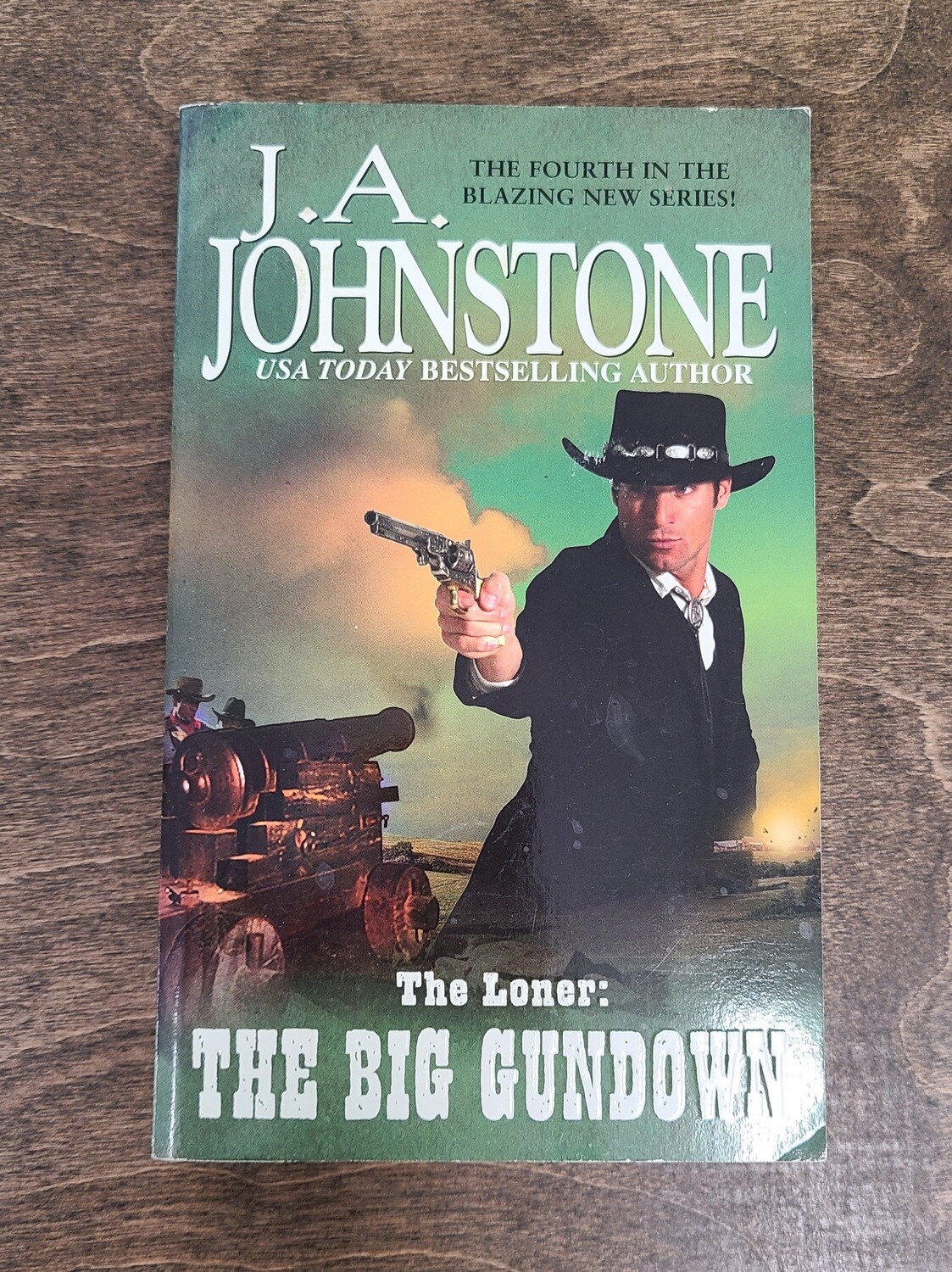 The Loner: The Big Gundown by J.A. Johnstone

The Loner intends to see justice served—until he realizes the line between good and evil is often blurred.

Vengeance Is A Dangerous Game . . .

Using an old cannon that once belonged to Napoleon's army, an outlaw gang has been bringing trains to a halt and then robbing them. Now Edward Sheffield—one of the owners of the railroad—wants to hire Conrad Morgan, known as The Loner, to wipe the gang off the map. The Loner isn't interested, especially when Sheffield's hot-blooded wife tries to seduce him into going after the gang's leader, Gideon Black—a renegade ex-colonel-turned-outlaw. But when the gang turns their big gun on a town, killing several innocent people, the Loner has to choose sides. The best way to take them out? Become one of them. And that's when the Loner uncovers some unsavory secrets—and finds himself caught between the middle of two ruthless forces.