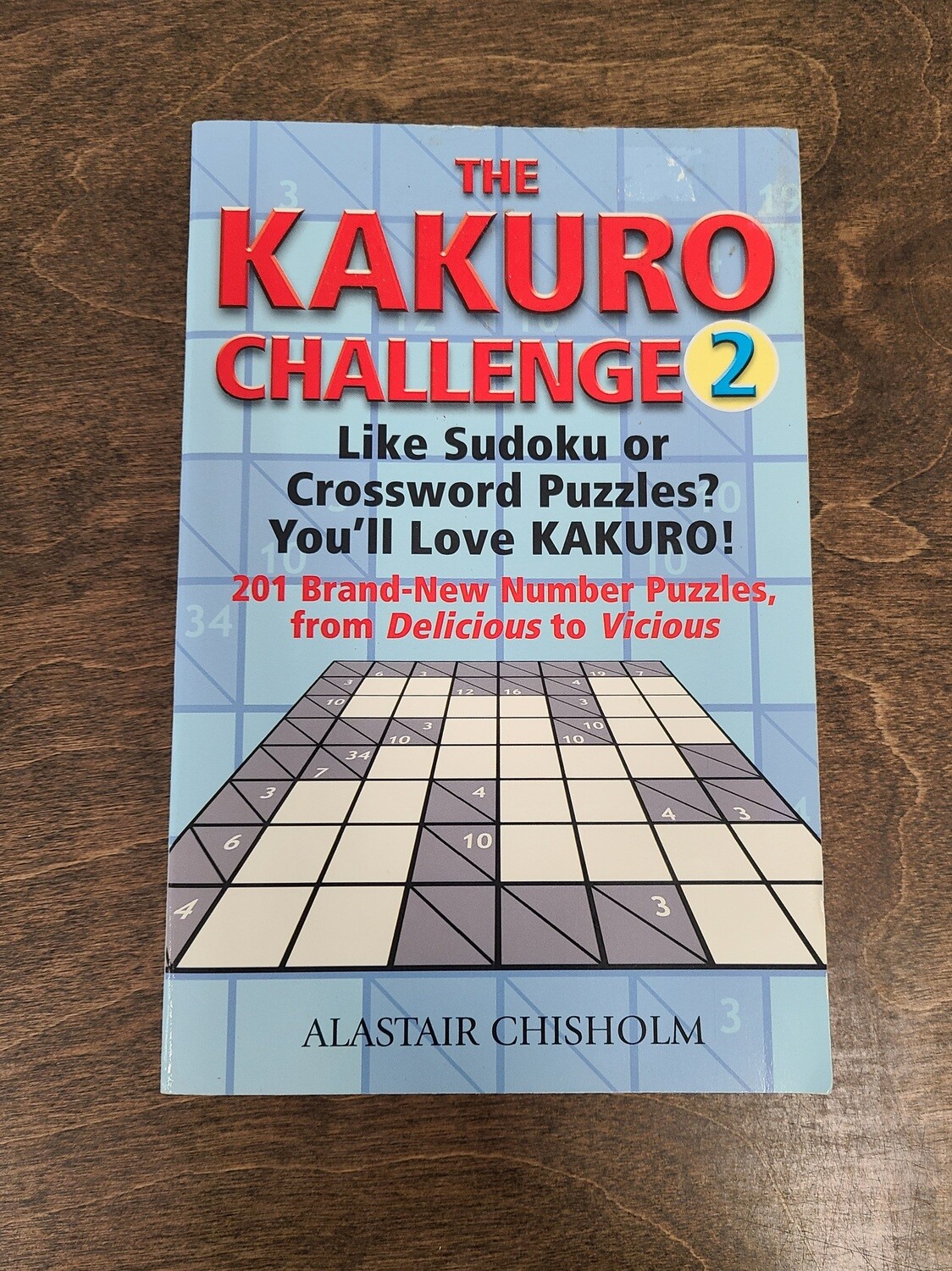 Kakuro Mania is Here! Crazy for sudoku? Try kakuros--more fun and more challenging than sudoku, they're the hottest mind-boggling number puzzles yet to baffle the world! To solve kakuro puzzles, also called cross sums, takes logic, skill, and concentration. Pick up a pencil and start right away; you won't notice the time passing as your attention is riveted on filling in the empty boxes with the missing numbers. Just one warning: Kakuros are so much fun to solve, you'll never want to stop. What's kakuro? It's similar to a crossword except that instead of letters, you use numbers. And that adds up to a great new challenge for solvers. The clue consists of a small white number in a black box next to the empty spaces in the grid. The sum of the digits makes up the answer...and no digit can appear more than once. So imagine that the black square contains the number "7" and there are three boxes to fill: the answer could be 421, 412, 241, 214, 124, or 142 since 4 + 2 + 1 = 7. Each puzzle contains an outlined area that's a good place to start: the solution to that set is on the last page of the book.

This paperback book is in great condition to be used for occupying your mind.