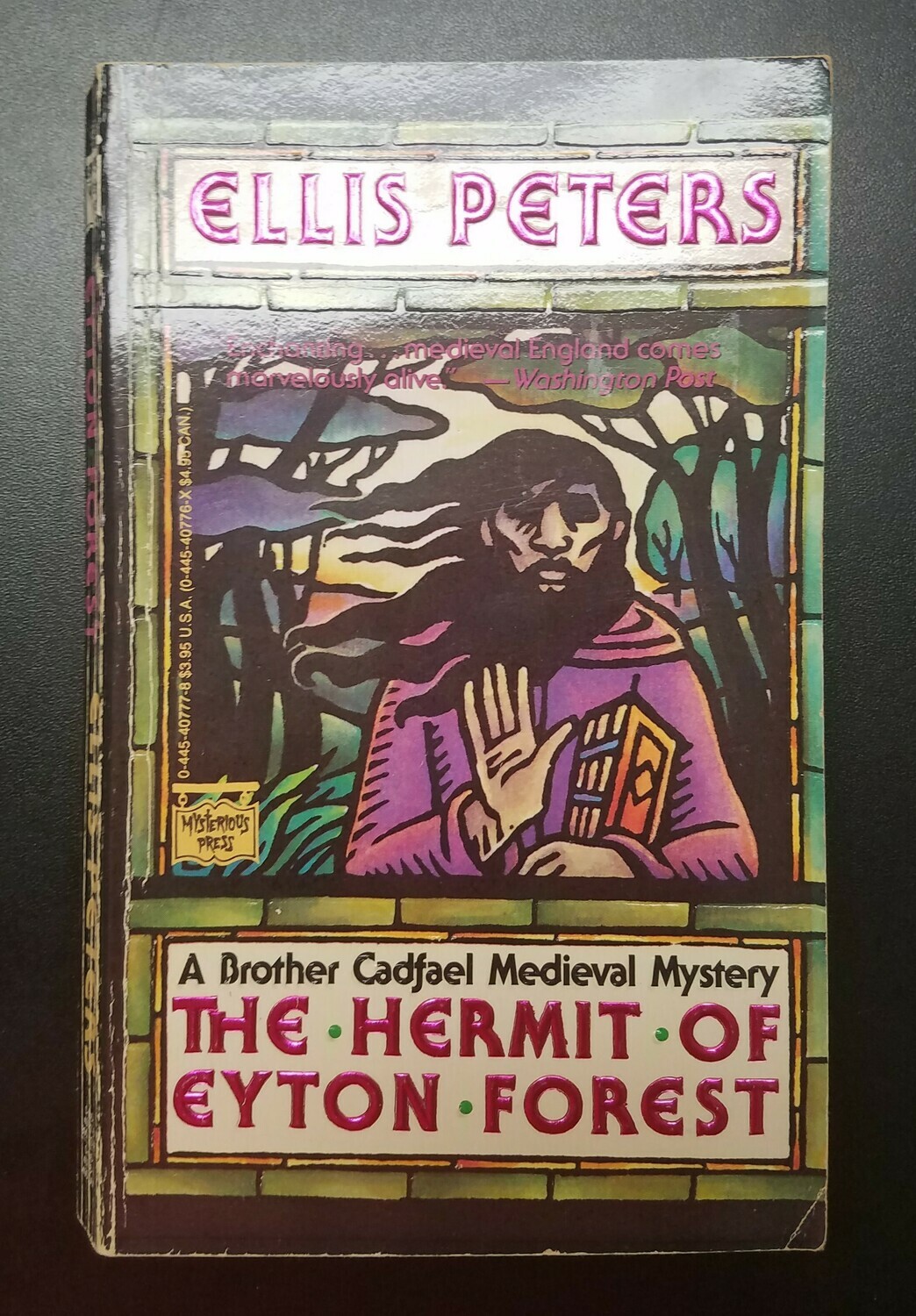 The Hermit of Eyton Forest by Ellis Peters

A saintly hermit’s arrival at the abbey coincides with a young heir’s disappearance, in the Silver Dagger Award–winning medieval mystery series.

The year is 1142, and England is in the grip of civil war. Within the cloisters of the Benedictine Abbey of Saint Peter and Saint Paul, there begins a chain of events no less momentous than the upheavals of the outside world.

It starts with the sad demise of Richard Ludel, Lord of Eyton, whose ten-year-old son and heir, also named Richard, is a pupil at the abbey. The boy refuses to surrender his newly inherited powers to Dionysia, his furious, formidable grandmother. A stranger to the region is the hermit Cuthred, who enjoys the protection of Lady Dionysia, and whose young companion, Hyacinth, befriends Richard. Despite his reputation for holiness, Cuthred’s arrival heralds a series of mishaps for the monks. When a corpse is found in Eyton forest, Brother Cadfael must devote his knowledge of human nature to tracking down a ruthless murderer.