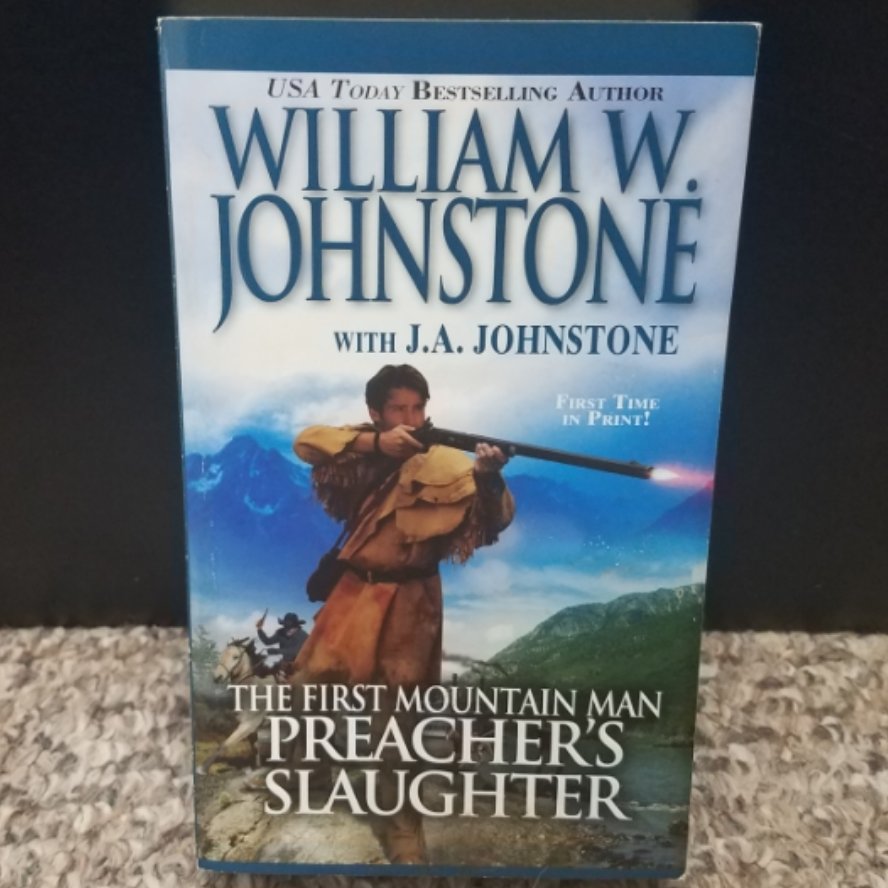 On the rolling Missouri River a riverboat of fur traders, a U.S. Senator, and Prussian royalty are all heading to the Yellowstone from St. Louis. Preacher's onboard because the nation's fate depends on the passengers landing safe and sound. But it won't be easy. Two beautiful women make a play for Preacher. So does a killer. So does a band of river pirates. No sooner does Preacher beat back these threats than the riverboat lands in the middle of a blood-soaked Indian ambush--with a Prussian nobleman and his family taken hostage. Preacher has no choice but to go off in pursuit, even with a traitor trying to slaughter him. Someone wants to start a war and change the course of American history. Only a lone mountain man and the ambush of bullets he wields with deadly, unerring force stands in the way. . .