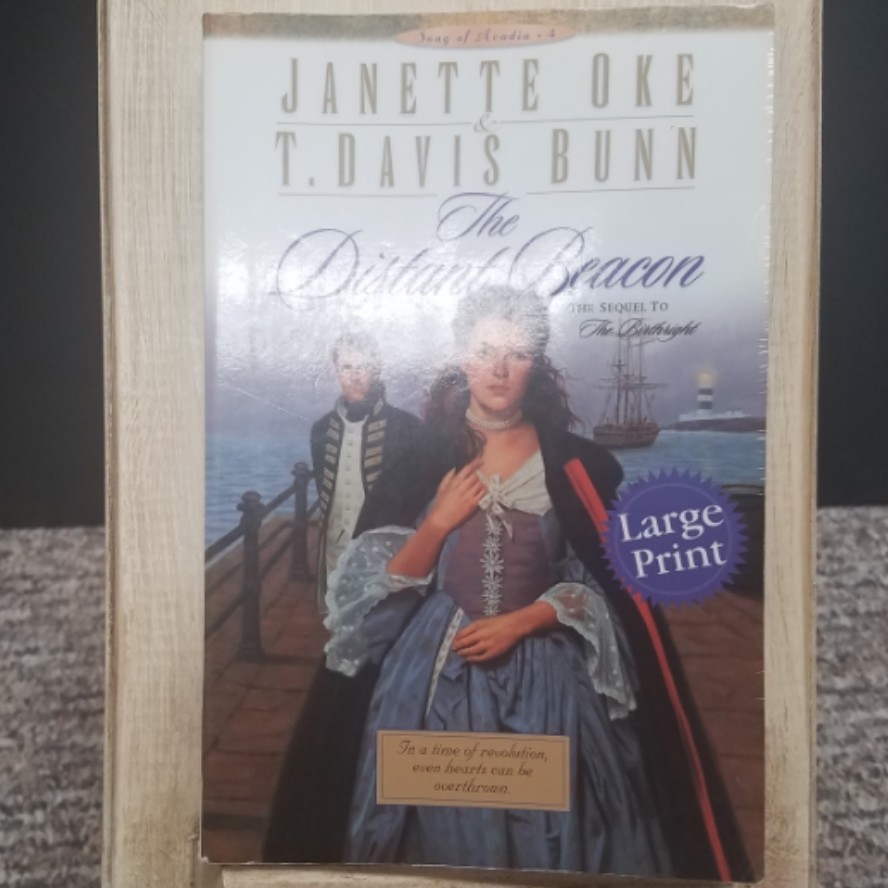 family and by her marriage to a brilliant young theologian. But Nicole is as restless as ever and has decided to return to North America. Should she go to the Acadian family of her childhood in Louisiana's bayous? Or should she settle in Nova Scotia near her birth parents? The American colonies are in revolt against England, and Uncle Charles asks her to go to Massachusetts to oversee his extensive landholdings. The attention of the ship's captain during the crossing touches a yearning deep within her, but she also realizes all her loyalties are about to be tested. Is she French? Is she English? Is she a supporter of the American cause? Nicole's unique legacy will allow her to play an extraordinary role in the unfolding historic events, but will she be able to find a home for her heart?

This paperback book is in great condition and weighs 11.5 oz.