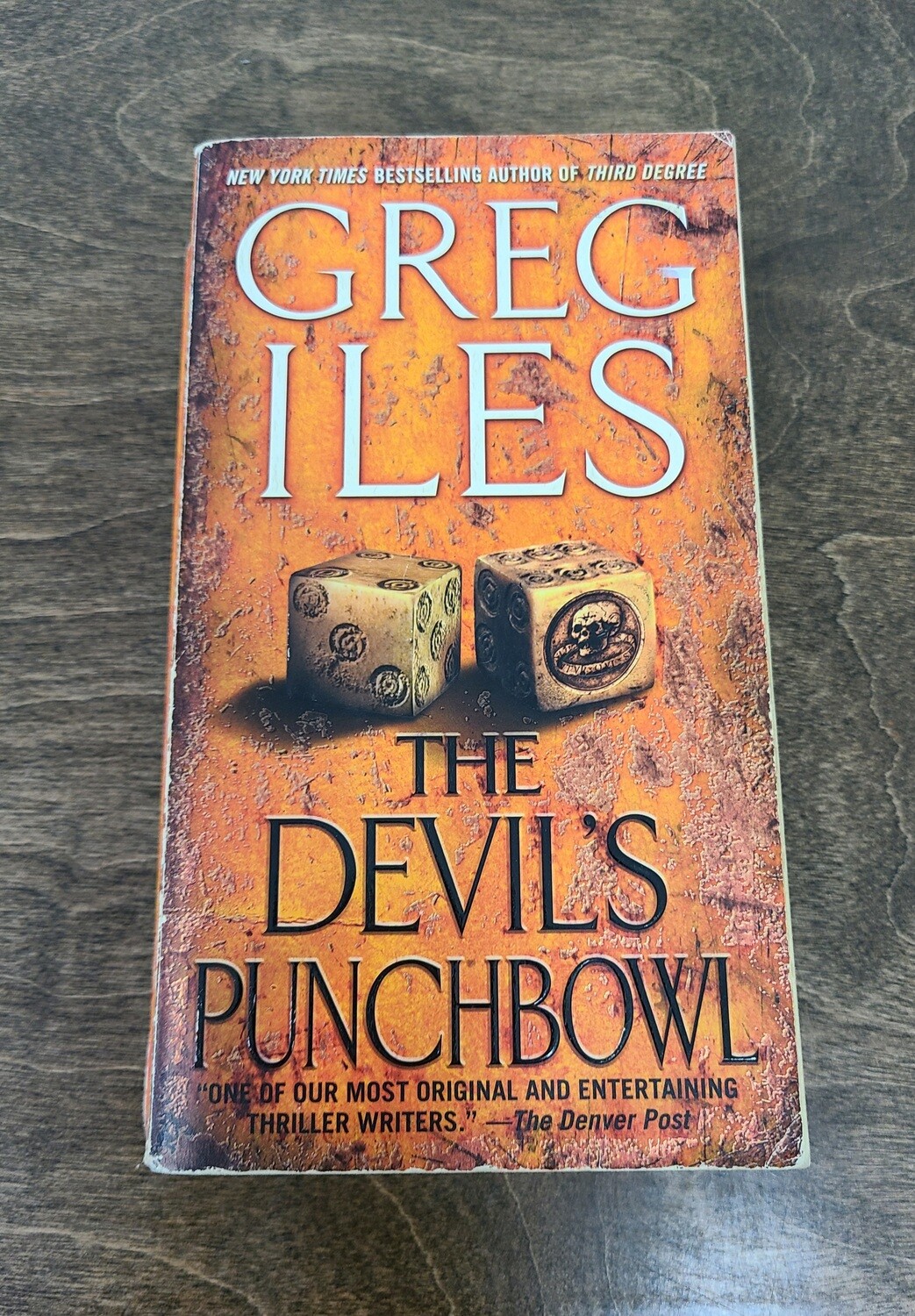 The Devil's Punchbowl by Greg Iles

As a prosecuting attorney in Houston, Penn Cage sent hardened killers to death row. But it is as mayor of his hometown—Natchez, Mississippi—that Penn will face his most dangerous threat. Urged by old friends to try to restore this fading jewel of the Old South, Penn has ridden into office on a tide of support for change. But in its quest for new jobs and fresh money, Natchez, like other Mississippi towns, has turned to casino gambling, and now five fantastical steamboats float on the river beside the old slave market at Natchez like props from Gone With the Wind.

Rumor has it that the Magnolia Queen has found a way to pull the big players from Las Vegas to its Mississippi backwater. And with them—on sleek private jets that slip in and out of town like whispers in the night—come pro football players, rap stars, and international gamblers, all sharing an unquenchable taste for one thing: blood sport—and the dark vices that go with it. When a childhood friend of Penn's who brings him evidence of these crimes is brutally murdered, the full weight of Penn's failure to protect his city hits home. So begins his quest to find the men responsible. But it's a hunt he begins alone, for the local authorities have been corrupted by the money and power of his hidden enemy. With his family's lives at stake, Penn realizes his only allies in his one-man war are those bound to him by blood or honor:

-Caitlin Masters, the lover Penn found in The Quiet Can Game and lost in Turning Angel

-Walt Garrity, a retired Texas Ranger who served with Penn's father during the Korean War

Together they must defeat a sophisticated killer who has an almost preternatural ability to anticipate—and counter—their every move. Ultimately, victory will depend on a bold stroke that will leave one of Penn's allies dead—and Natchez changed forever.

After appearing in two of Iles's most popular novels, Penn Cage makes his triumphant return as a brilliant, honorable, and courageous hero. Rich with Southern atmosphere and marked by one jaw-dropping plot turn after another, The Devil's Punchbowl confirms that Greg Iles is America's master of suspense.

These paperback books are both in great condition.