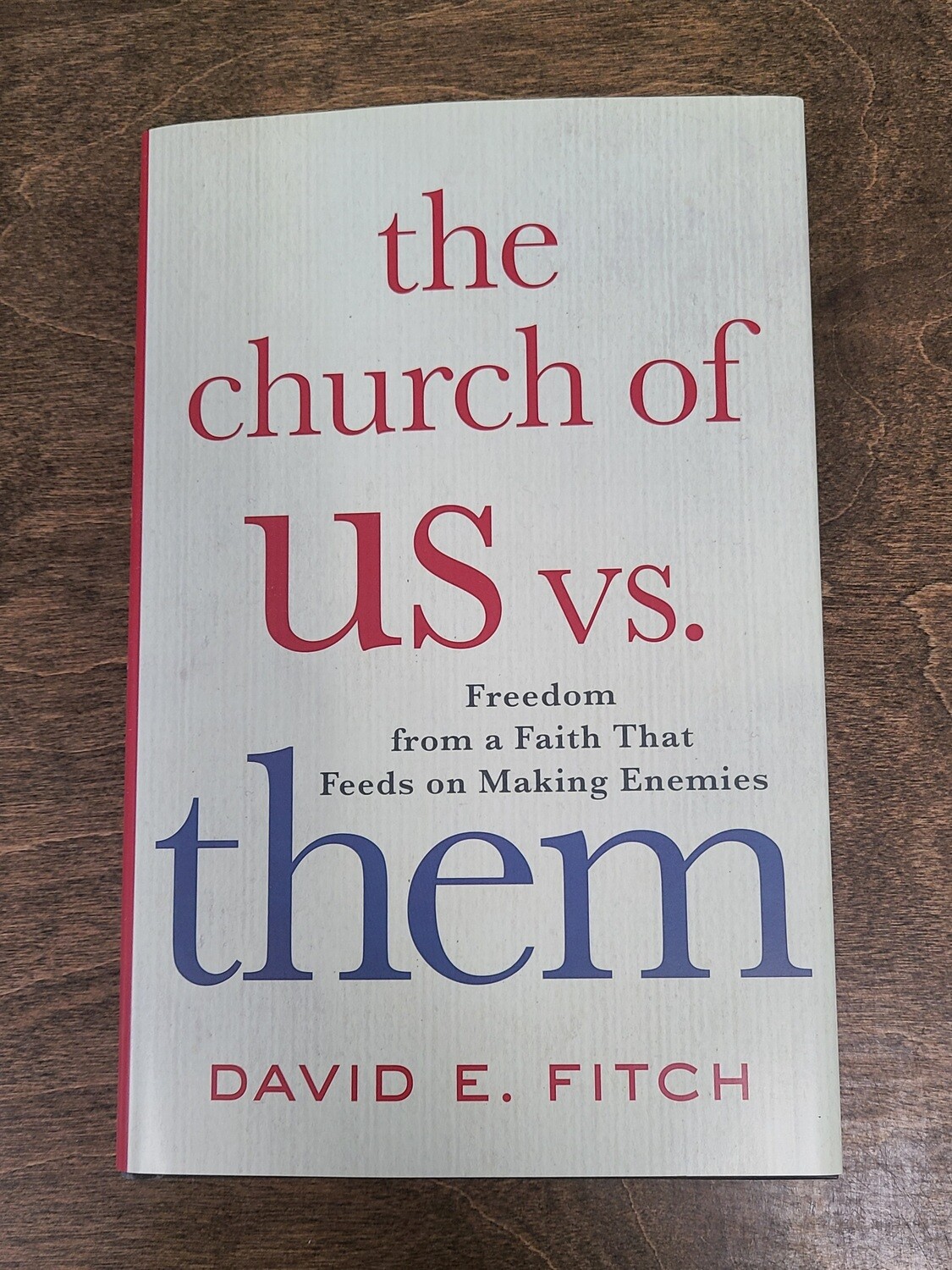 The Church of Us vs Them: Freedom from a Faith that Feeds on Making Enemies by David E. Fitch

We are living in angry times. No matter where we go, what we watch, or how we communicate, our culture is rife with conflict. Unfortunately, Christians appear to be caught up in the same animosity as the culture at large. We are perceived as angry, judgmental, and defensive, fighting among ourselves in various media while the world looks on. How have we failed to be a people of reconciliation and renewal in the face of such tumult?

Claiming that the church has lost itself in the grip of an antagonistic culture, David Fitch takes a close look at what drives the vitriol in our congregations. He traces the enemy-making patterns in church history and diagnoses the divisiveness that marks the contemporary evangelical church. Fitch shows a way for the church to be true to itself, unwinding the antagonisms of our day and making space for Christ's reconciling presence in our day-to-day lives. He offers new patterns and practices that move the church beyond making enemies to being the presence of Christ in the world, helping us free ourselves from a faith that feeds on division.

This hardback book is new and weighs 12.7 oz.