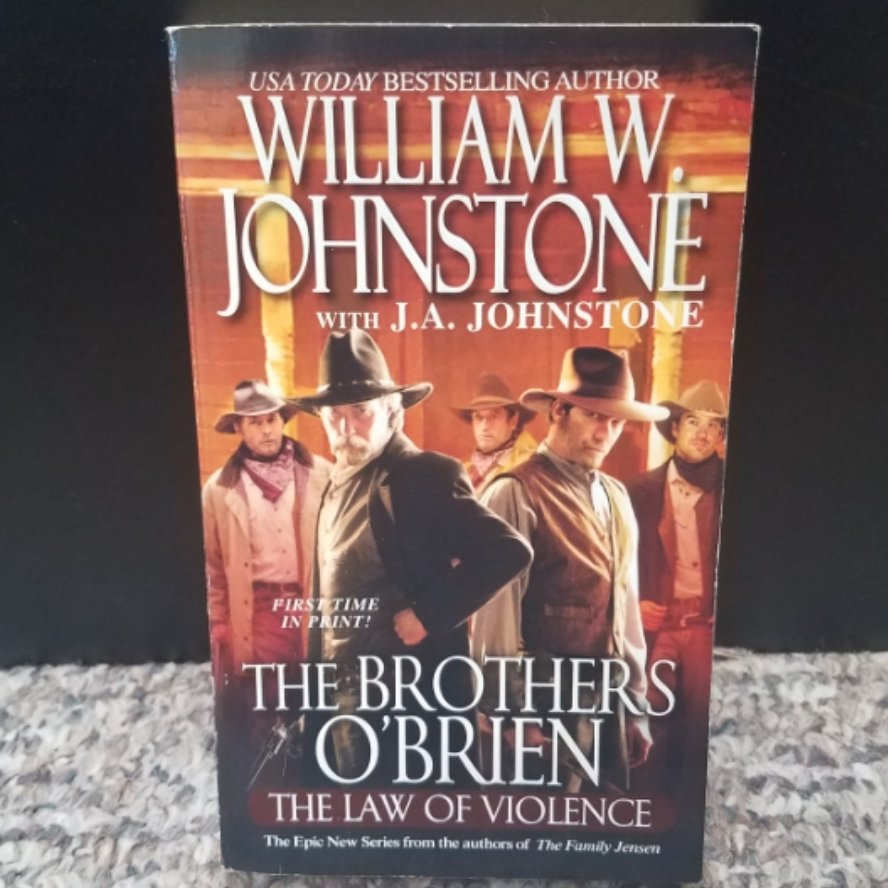 The Brothers O'Brien: The Law of Violence by William W. Johnstone with J.A. Johnstone

In a saloon north of El Paso, the legendary Doc Holliday is forced to kill a rancher's son in self-defense. His father, Colonel Robert McHenry, is desperate for revenge. And now Doc is a hunted man on the run. Heading west, he turns to Jacob O'Brien, hoping to find refuge at the family ranch. Jacob knows it's a lose-lose situation- one that's bound to end in violence and blood. Colonel McHenry is the famous "Lion of Lynchburg," whose relentless courage in the Civil War earned the respect of fighting men everywhere. Now, with his son's death driving his burning fury, he is truly a force to be reckoned with. A ruthless demon of vengeance who will gun down any and all who get in his way. But this time, he gets more than he bargained for: The Brother's O'Brien.