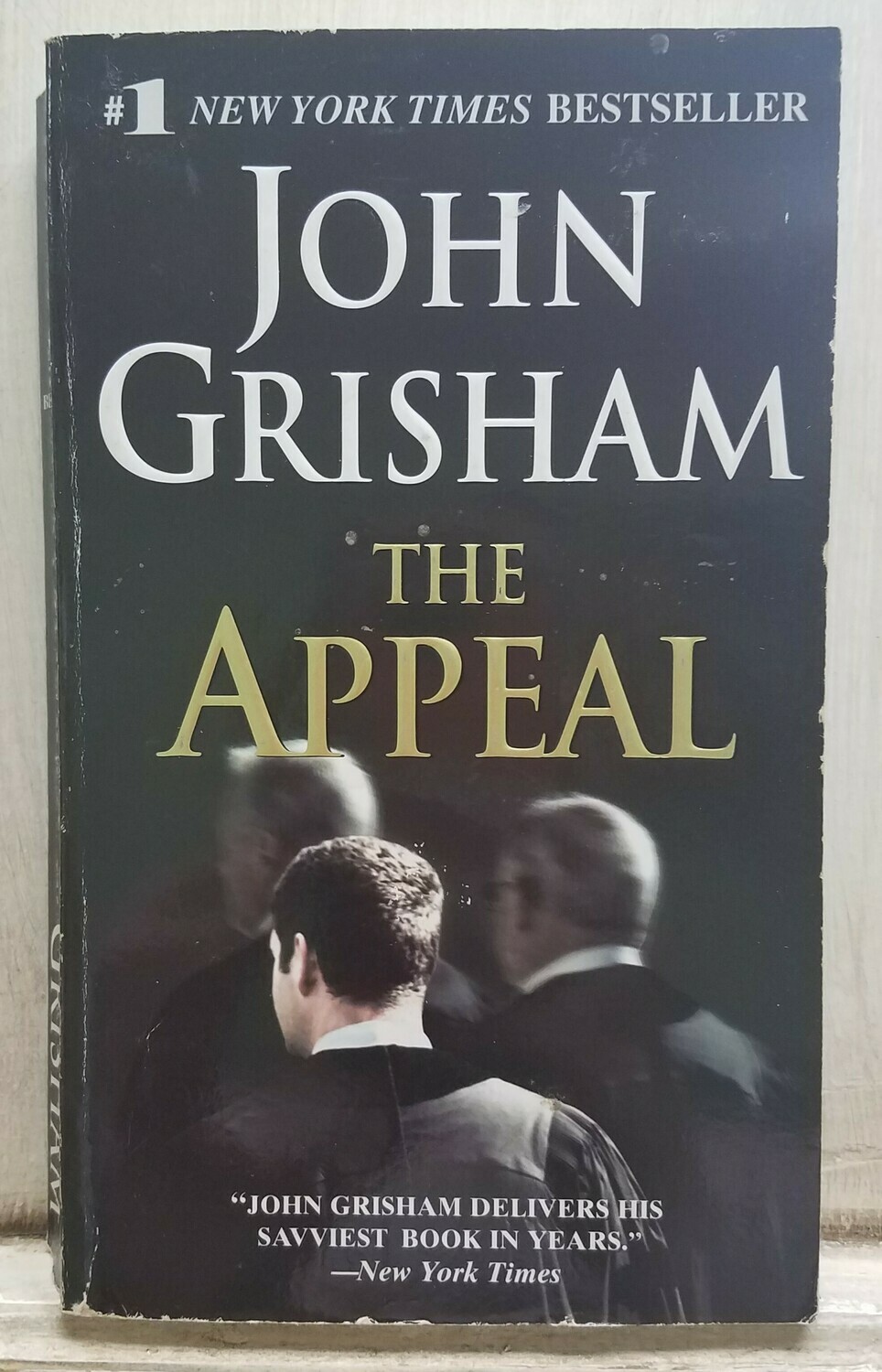 The Appeal by John Grisham

John Grisham is now an institution -- a writer whose bestselling status is assured, So assured, in fact, that expectations for each new book are as high as can be imagined. Does The Appeal make the grade? And will it appeal to Grisham admirers -- or disappoint them?

The stakes in the novel's plot are high: corporate crime on the largest scale. The duo of lawyers at the center of the narrative are Mary and Wes Grace, who succeed in a multimillion-dollar case against a chemical company, who have polluted a town with dumped toxic waste. A slew of agonizing deaths have followed this, but lawyers for the chemical company appeal, and a variety of legal shenanigans are employed -- and it is certainly not clear which way the scales of justice will be finally balanced.

As ever with Grisham, the mechanics of plotting are key, and the characterization is functional rather than detailed. But it is (as always) more than capable of keeping the reader totally engaged. Given John Grisham's much-publicized conversion to born-again Christianity, it's intriguing to note here the implicit criticism of the moral majority's religious values, but that is hardly central to the enterprise. What counts is the storytelling, and while the writing is as straightforward and uncomplicated as ever, few readers will put down The Appeal once they have allowed it to exert its grip on upon them. --Barry Forshaw

This paperback book is in good condition and weighs 8.5 oz.