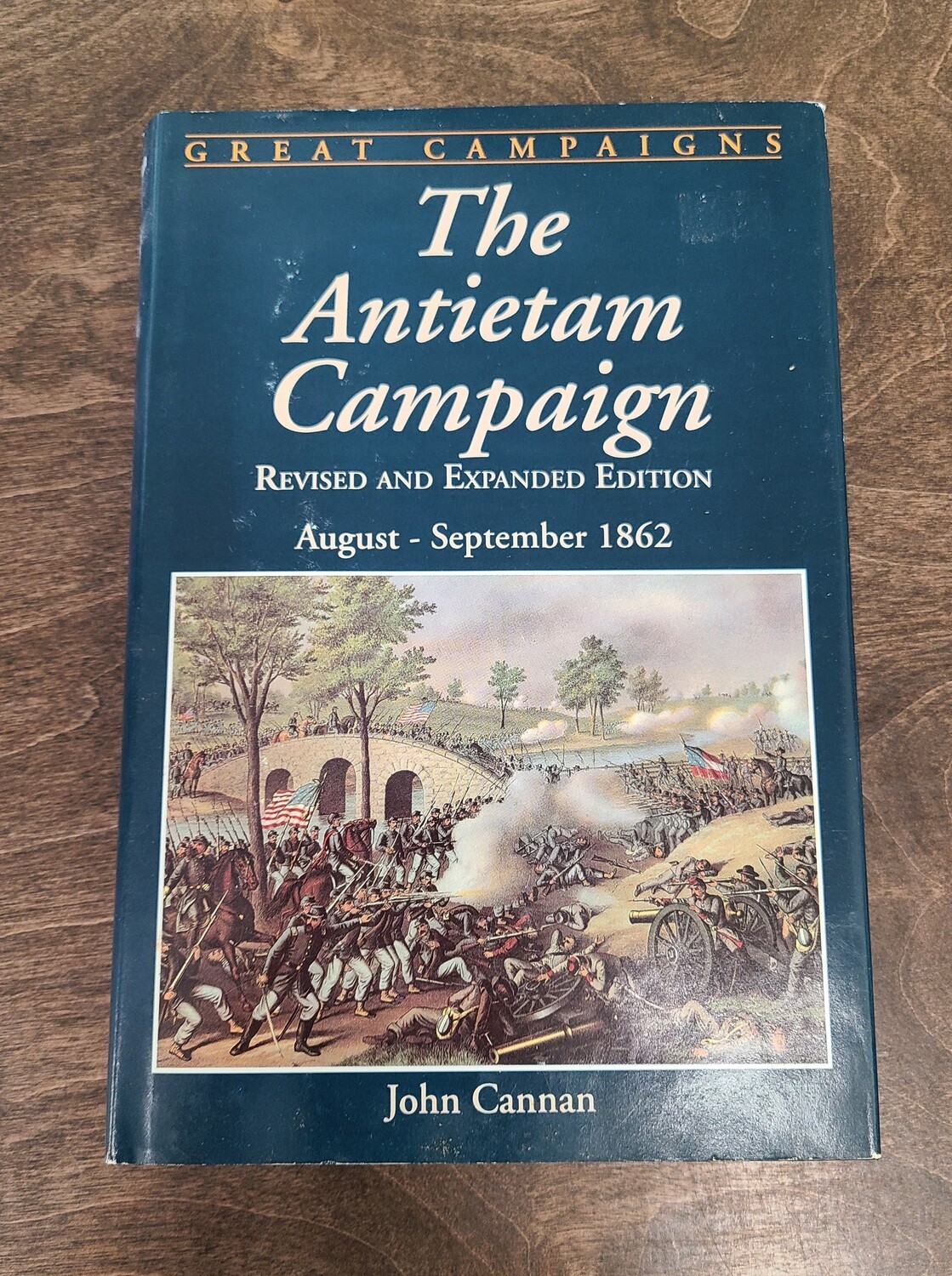 September 17, 1862, over 25,000 men became casualties in the battle of Antietam, on the Civil War's single bloodiest day. Confederate and Federal infantry and artillery faced each other at close quarters in the woods around the town of Sharpsburg, Maryland, and particularly along the banks of Antietam Creek. The famous actions at the Cornfield, the Dunker Church, Burnside's Bridge, and the Bloody Lane are covered in vivid detail, drawing on the personal accounts of the commanders as well as lesser-known writings of ordinary soldiers. The famous units on both sides, the most colorful commanders, the civil War's youngest casualty, and Clara Barton's baptism of fire are all accorded their proper place.

The Antietam Campaign goes far beyond this, however. John Cannan's classic work has undergone extensive revision under the editorial direction of renowned Civil War historian David G. Martin to reflect new information and new interpretations of recent years. The battle of Antietam is placed clearly within the context of the strategic and political situation in the second year of the Civil War and is seen as part of a larger military campaign that included actions at Harpers Ferry and South Mountain.

The strengths and weaknesses of Union commander George B. McClellan are examined with unusual fairness and viewed in the light of Abraham Lincoln's search for a commanding general. Robert E. Lee's often-misunderstood aims in the campaign are clarified with reference to the best available research, and his supply and manpower problems are described in a forthright manner that overcomes a century of romanticism and wishful thinking. Specially prepared maps, a detailed order of battle, and specialized sidebars supplement the main narrative. Individual deeds of heroism are placed against a backdrop of the valuable lessons of this campaign, with its intelligence failures on both sides, its political considerations, its evolving operational doctrine, and the unique attempt by both armies to win the allegiance of the local population.