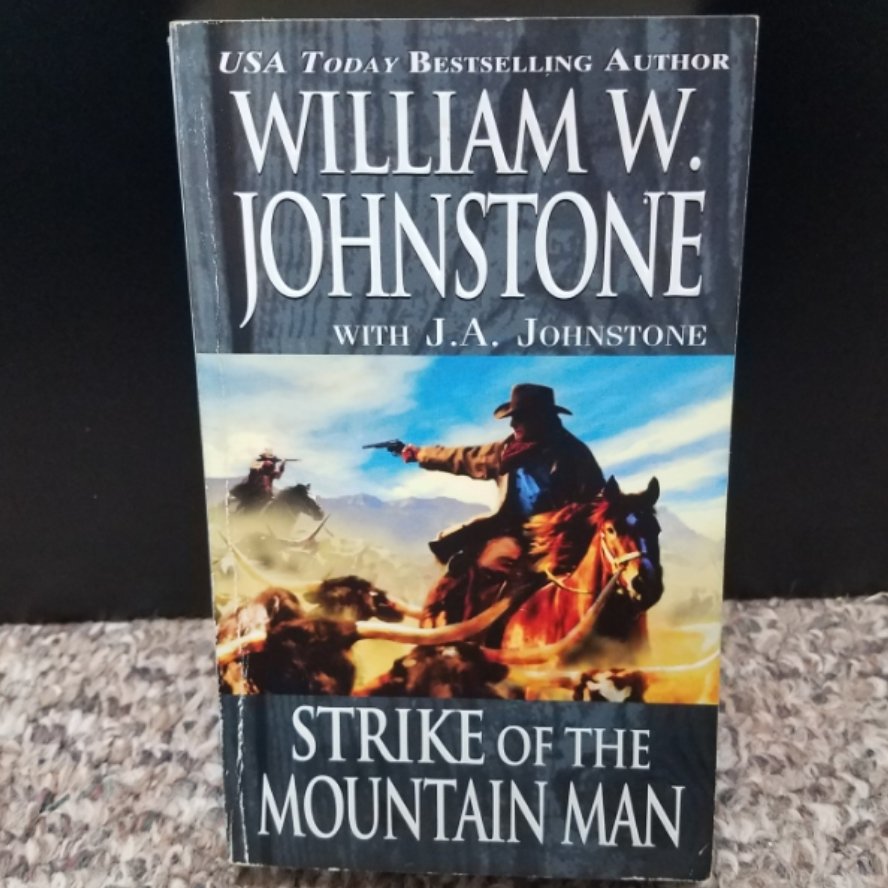 Strike of the Mountain Man by William W. Johnstone with J.A. Johnstone

The Greatest Western Writer Of The 21st Century

In Colorado Territory, Smoke Jensen is trying to live at peace with the big, beautiful world around him. Then a tinhorn named Puddle enters his valley--and unleashes a hellstorm of a range war.

Then The Shooting Started

Malcolm Theodore Puddle is a 21-year shipping clerk--from way back East. What is he doing out here? The Mountain Man's former neighbor, Humbolt Puddle, has died and left his crumbling 600-acre ranch to his only living heir, just as a greedy and ruthless cattle baron is circling the Humbolt ranch like a ravenous vulture. Poor, unsuspecting Puddle is walking into a death trap. Smoke is not the pitying kind. But any enemy of Smoke's neighbor is his enemy, too: kill-crazy hired gunmen are threatening the whole valley and good men are dying. Puddle may not be much, but he's all Smoke has--as a take-no-prisoners mountain man and a timid tinhorn make for an army of two. . .in one hell of a fight.