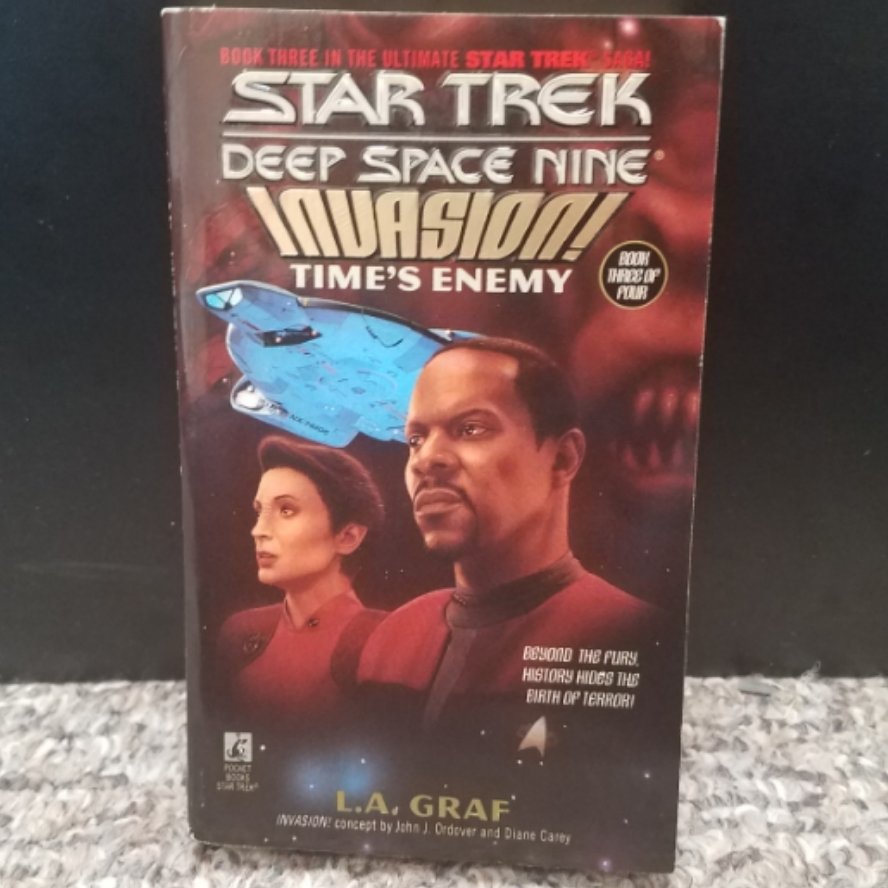 Millenia ago, an apocalyptic battle was fought in the Alpha Quadrant. The losers were banished, but what became of the victors?

The Federation is threatened by this ancient mystery when a battered and broken version of the Defiant is found, frozen for five thousand years, in an icy cloud of cometary debris. Captain Sisko and the crew of Deep Space NineTM are summoned to answer the most baffling question of their lives: how and when will their ship be catapulted back through time to its destruction? And does its ancient death mean that one of the combatants in a primordial battle is poised now to storm the Alpha Quadrant? Only the wormhole holds the answer -- and the future of the Federation itself may depend on the secrets it conceals.

This paperback book is in great condition and weighs 5.9 oz.