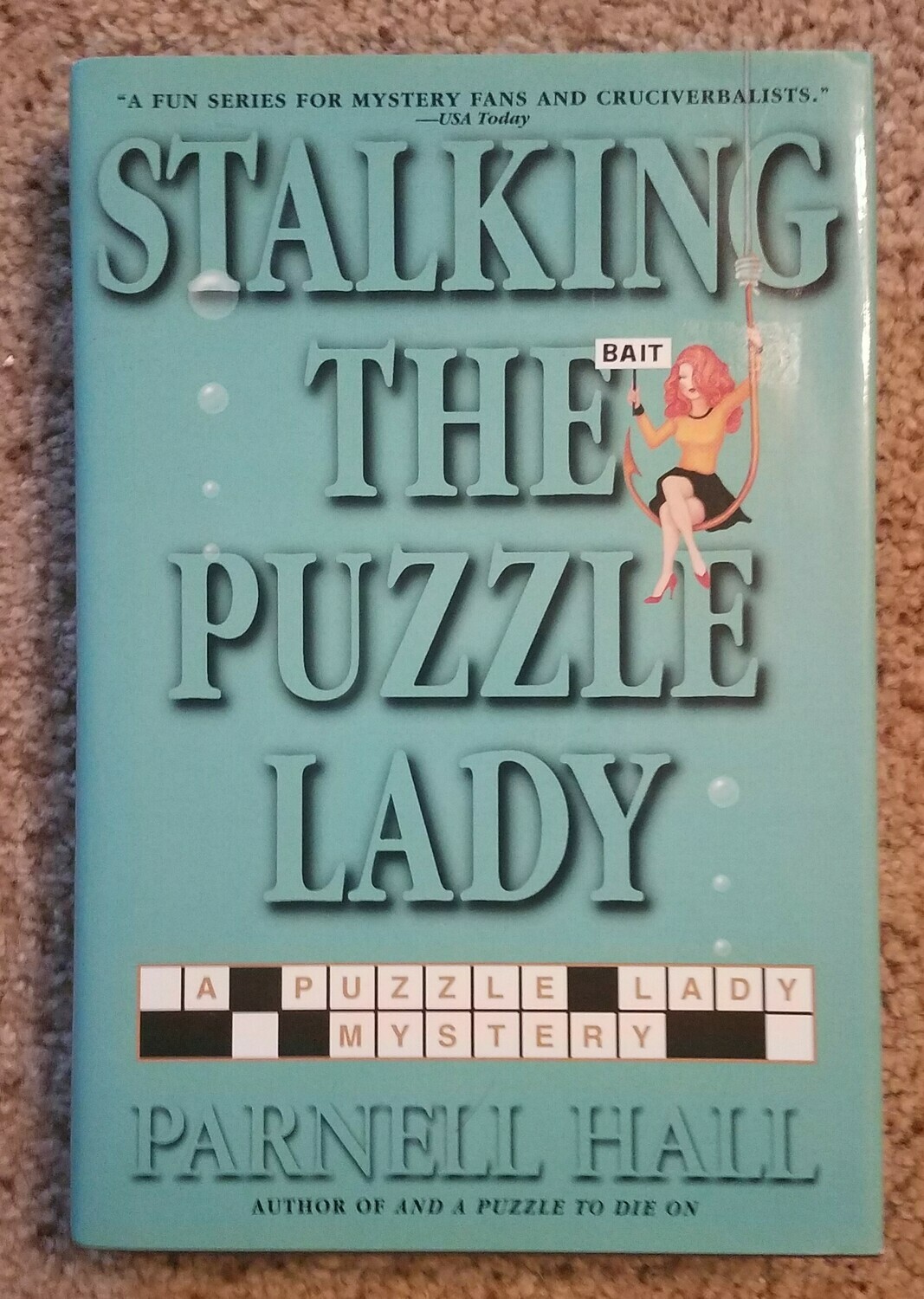 Cora Felton may look like everyone’s favorite grandmother. But the white-haired, bespectacled Puzzle Lady swears, smokes, gambles, and is even dodgy on the subject of how many husbands she’s had. So it strikes her long-suffering niece Sherry Carter as amusing when Cora announces, “I’m tired of living a lie!”

The inspiration for this sudden burst of honesty is a promotion by Granville Grains featuring the Puzzle Lady on a bus tour of televised personal appearances. Cora can’t think of anything she’d like to do less–except maybe quit smoking–than travel the supermarkets of I-95 hawking the new and improved Corn Toasties to her legions of fans. And someone else mustn’t want her to go either, because they’ve left a knife planted in her front door with a crossword puzzle attached. But when Sherry solves the puzzle she can’t decide whether the enigmatic message is a threat, a love note, or– creepier still–both.

Like it or not, Cora and Sherry must take their show on the road, along with a makeshift TV crew that includes a smarmy producer with a bad hairpiece, an abrasive director, an overambitious publicist, and two overgrown child actors with some very adult problems. Throw in a few uninvited guests, including a roly-poly munchkin who’s had an unrequited crush on Cora since high school and Sherry’s abusive ex-husband, and you don’t need to be a puzzle expert to know this trip is going to be murder!

This hardback book is in great condition and weighs 14 oz.