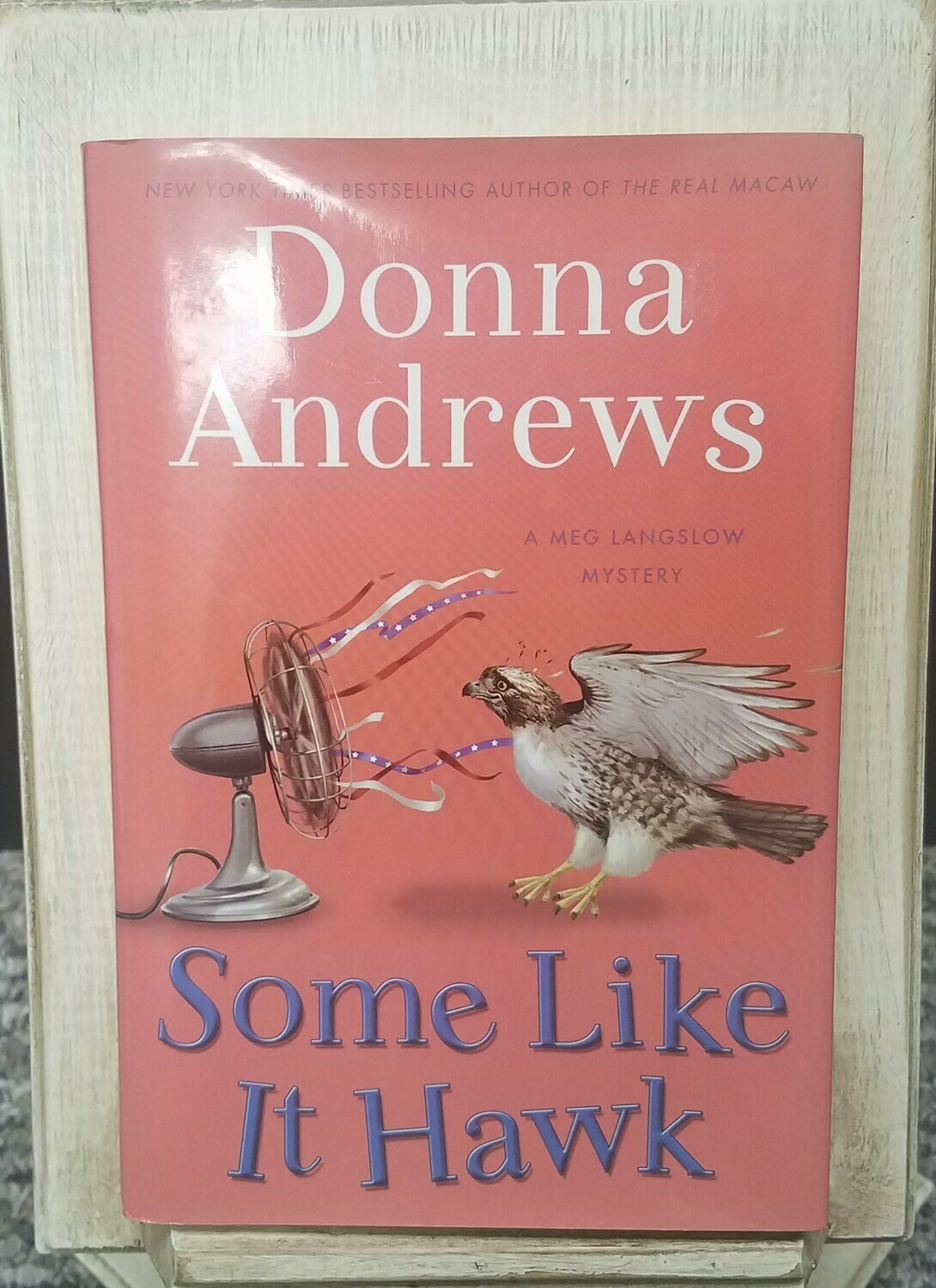 Meg helps run Caerphilly's summer arts and crafts festival while trying to smoke out a murderer—turn up the heat because Some Like it Hawk!

The hilariously funny Donna Andrews delivers another winner in the award-winning New York Times bestselling series that has captured human and avian hearts alike. Meg Langslow is plying her blacksmith's trade at “Caerphilly Days,” a festival inspired by her town’s sudden notoriety as "The Town That Mortgaged Its Jail." The lender has foreclosed on all Caerphilly's public buildings, and all employees have evacuated —except one. Phineas Throckmorton, the town clerk, has been barricaded in the courthouse basement for over a year.

Mr. Throckmorton's long siege has only been possible because of a pre-Civil War tunnel leading from the courthouse basement to a crawl space beneath the bandstand. The real reason for Caerphilly Days is to conceal the existence of the tunnel: the tourist crowds camouflage supply deliveries, and the ghastly screeching of the tunnel's rusty trap door is drowned out by as many noisy activities as the locals can arrange.

But the lender seems increasingly determined to evict Mr. Throckmorton—and may succeed after one of its executives is found shot, apparently from inside the basement. Meg and her fellow townspeople suspect that someone hopes to end the siege by framing Mr. Throckmorton. Unless the real killer can be found quickly, the town will have to reveal the secret of the tunnel—and the fact that they've been aiding and abetting the basement’s inhabitant. Meg soon deduces that the killer isn't just trying to end the siege but to conceal information that would help the town reclaim its buildings--if the townspeople can find it before the lender destroys it in a gut-busting caper that will have giggles and guffaws coming as fast as a four-alarm fire.

This hardback book is in great condition and weighs 13.5 oz.