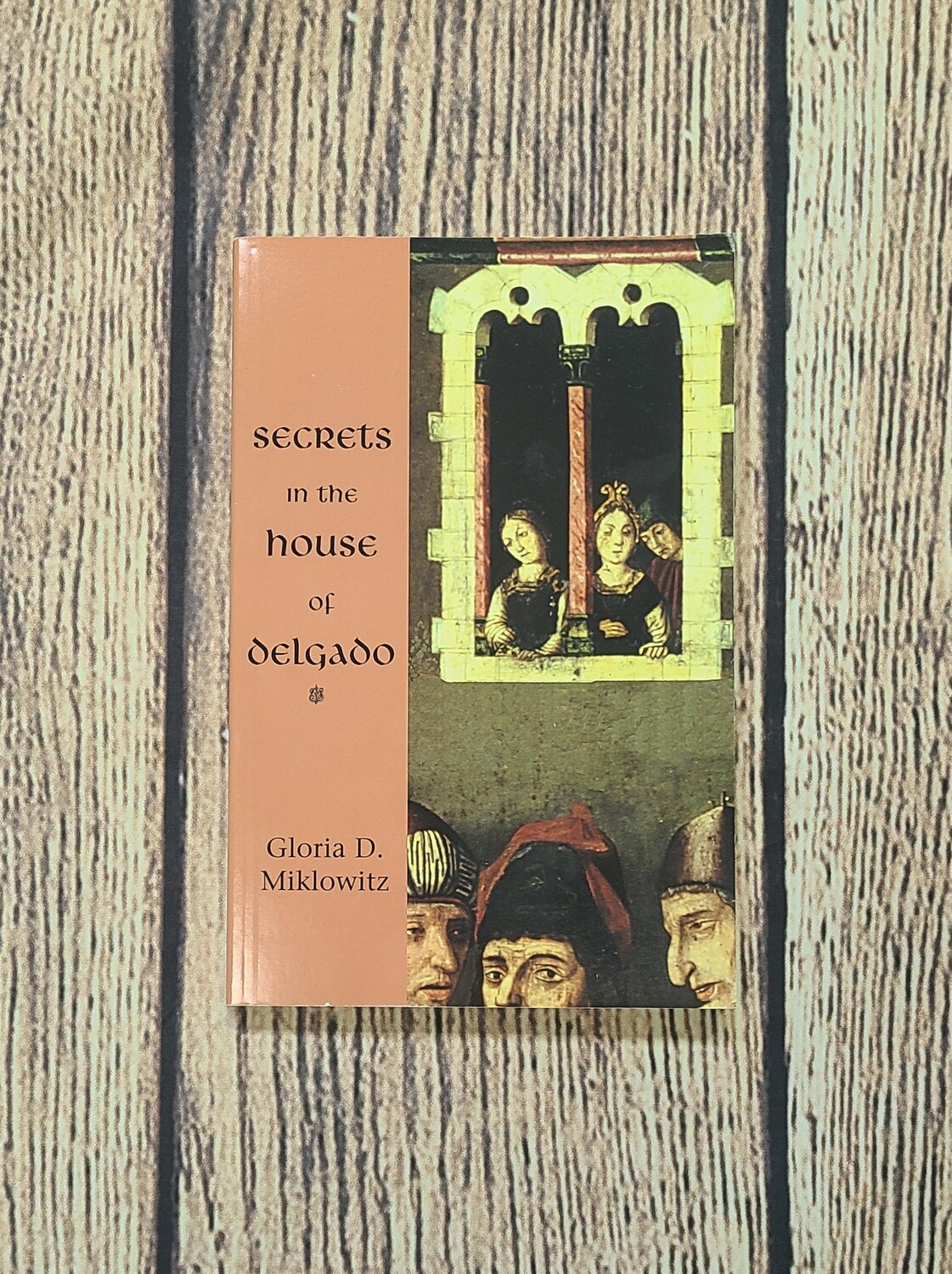 Secrets in the House of Delgado by Gloria D. Miklowitz

In 1492 thousands of people of the Jewish faith were leaving Spain. Not even converts to the Catholic faith were safe. Inquisitors sought out heretics and encouraged informers to report anyone who might not be truly Catholic. Those accused could be tortured and burned at the stake.

In this time of uncertainty and terror, fourteen-year-old Maria finds herself alone and homeless. The Church assists Maria by offering her the opportunity to work for the Delgados, a wealthy Converso family. But the church also asks something of her in return.

Secrets in the House of Delgado confronts the issues of faith and bigotry, loyalty and betrayal, and the secrets that may lie in every human heart.

This paperback book is in great condition and weighs 7.1 oz.