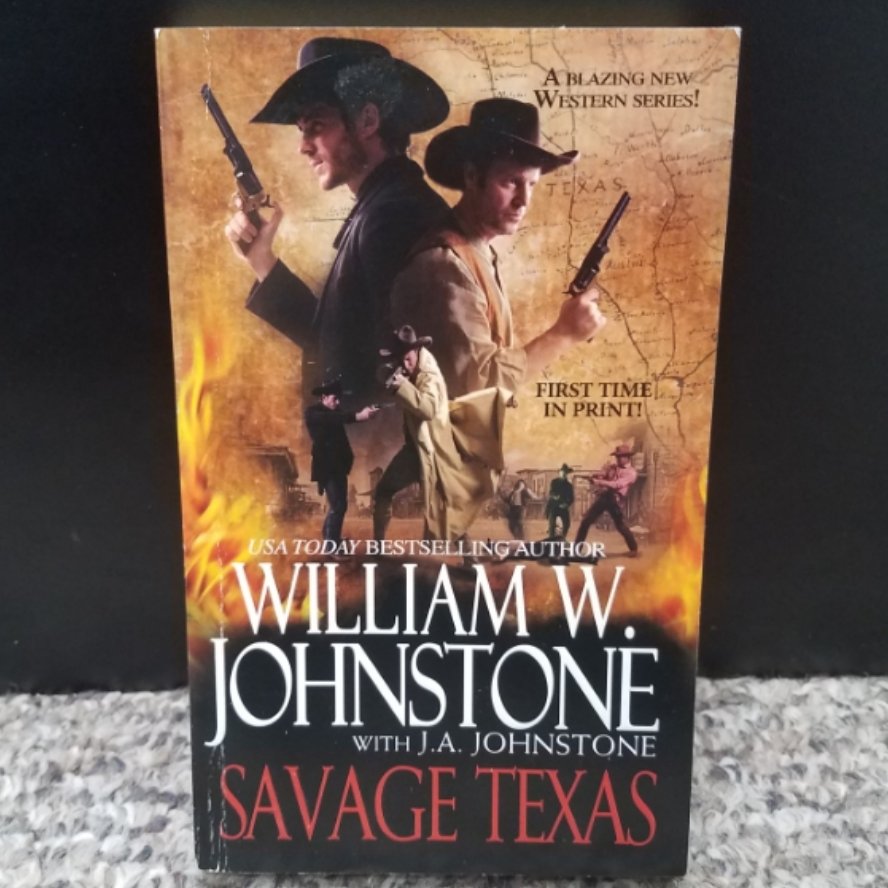 In a blockbuster new series, America's leading Western writer captures the most violent chapter in frontier history—in the saga of a Yankee with a rifle, an outlaw with a grudge, and a little slice of hell called. . .

For renegades and pioneers, there is no place like Texas—as long as you have a gun and the guts to use it. Now, the Civil War is over. Carpetbaggers and scalawags rule Austin. Soldiers return to pillaged homes. Longhorns roam the wilds and the state is in chaos. Especially in a town called Hangtree.

Sam Heller and Johnny Cross are Hangtree's newest citizens: Heller is a former Yankee soldier, a deadly shot, and a believer in right from wrong. Cross is a gun for hire with dark dreams of wealth and power—at any cost. Hangtree, with its rich grazing land and nearby mineral deposits, soon erupts in murderous violence. By fate and by choice, these two strangers will find themselves on opposite sides of the law. And Hangtree will soon erupt in murderous violence.