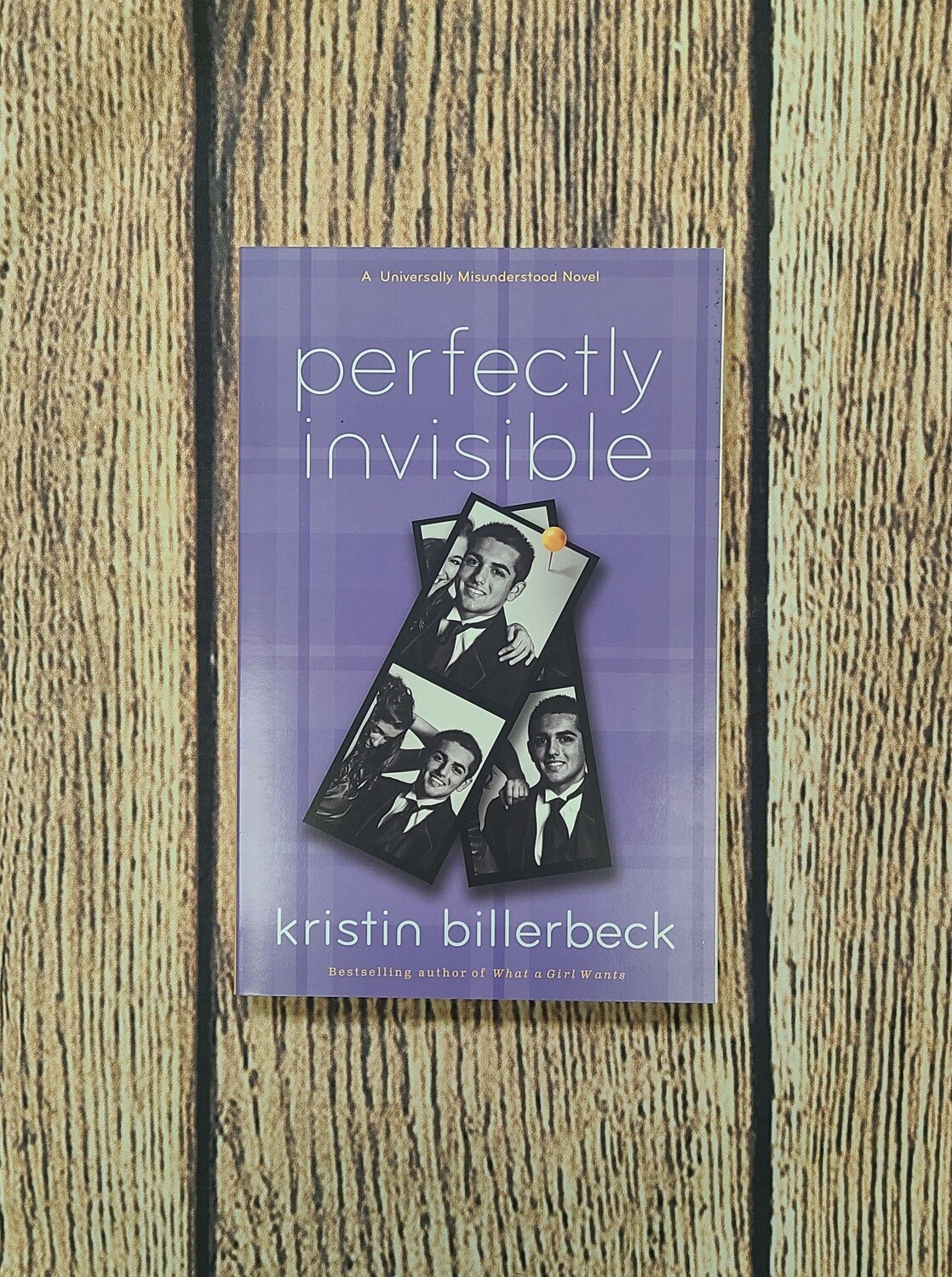 It's Daisy Crispin's final trimester of high school, and she plans to make it count. Her long-awaited freedom is mere months away, and her big plans for college loom in the future. Everything is under control. Or is it? Her boyfriend is treating her like she's invisible, and her best friend is selling bad costume jewelry in the school quad--and hanging out with her boyfriend. To top it off, Daisy's major humiliation for the year will be remembered in the yearbook for all eternity. It's enough to make her wonder if maybe being invisible isn't so bad after all.

With more of the funny but-too-true writing, readers have come to expect from Kristin Billerbeck, Perfectly Invisible shows teen girls that everyone is special--no matter what they're going through.

This paperback book is new and weighs 8.4 oz.