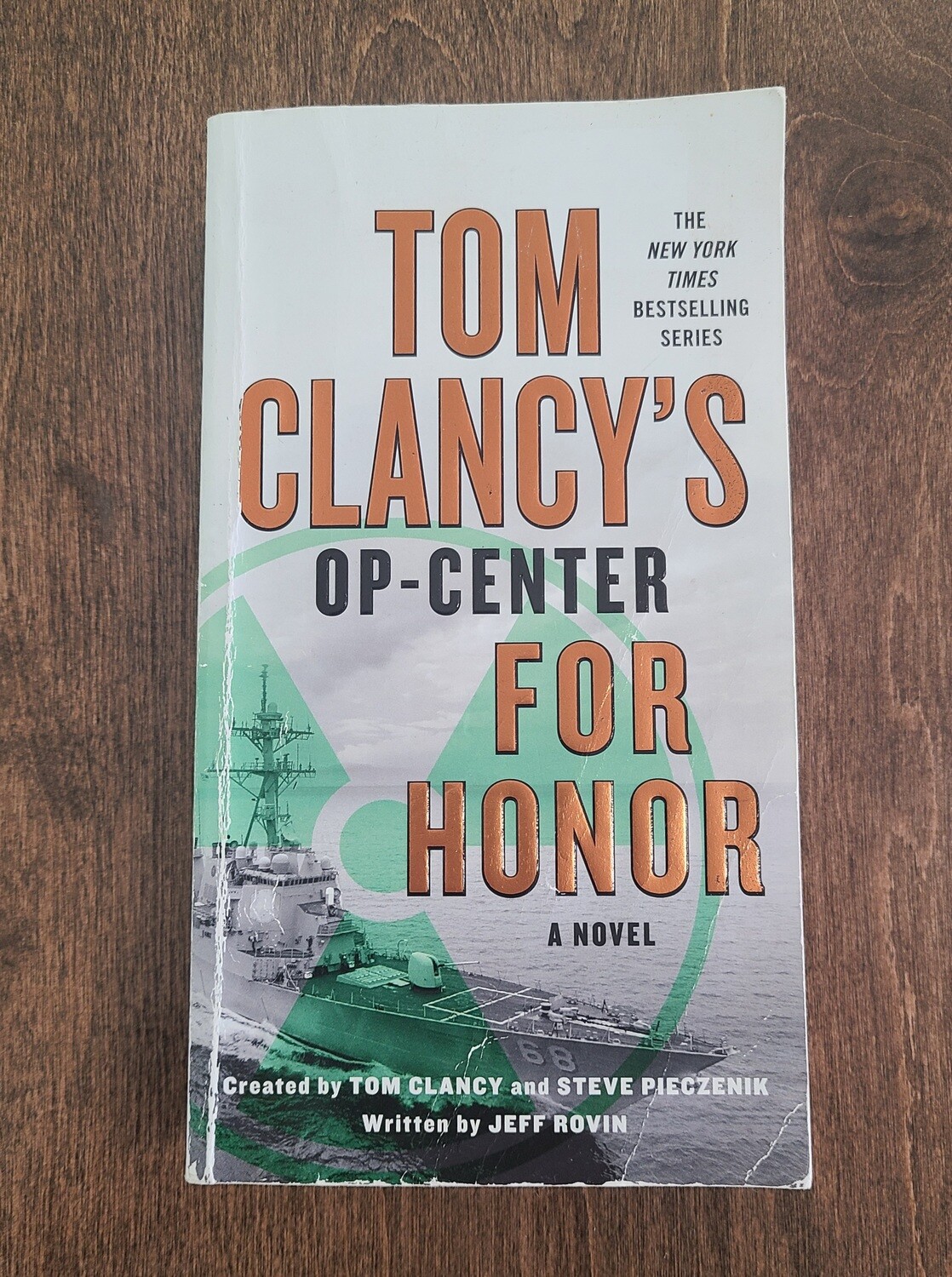 In For Honor, a chilling new thriller in the New York Times bestselling Tom Clancy's Op-Center series, simmering tensions threaten to ignite when a silo of Cold War missiles surfaces in the Middle East.

In 1962, at the height of the Cold War, the Soviet Union sent a convoy of nuclear missiles to Cuba. The crisis that followed almost triggered World War III. However, while all eyes were on the Caribbean, not all of the missiles were sent to Cuba. Several ships slipped from the flotilla and headed for a fishing village in a remote, frigid, northeastern Soviet frontier. There, a silo was constructed not far from Alaska.

More than sixty years later, that silo and its lethal contents are intact. Now, Iranian scientists team with a Russian agent and his estranged, arms-smuggling father to bring those missiles to Tehran. When an intel officer at Op Center starts picking up hints of the deal, the government’s off-the-grid unit must track the unknown actors – and try to decide whether they can count on data provided by an Iranian defector, a man who has more at stake than anyone realizes.

At the same time, Op-Center sends a lone agent to Havana to try and find an aging revolutionary, a woman, who may hold the key to pinpointing the location of the silo.

Complicating matters is a turf war between Op Center, the White House, and the FBI that threatens to compromise the investigation...as the time to act grows perilously short.

This paperback book is in good condition and weighs 8.6 oz.