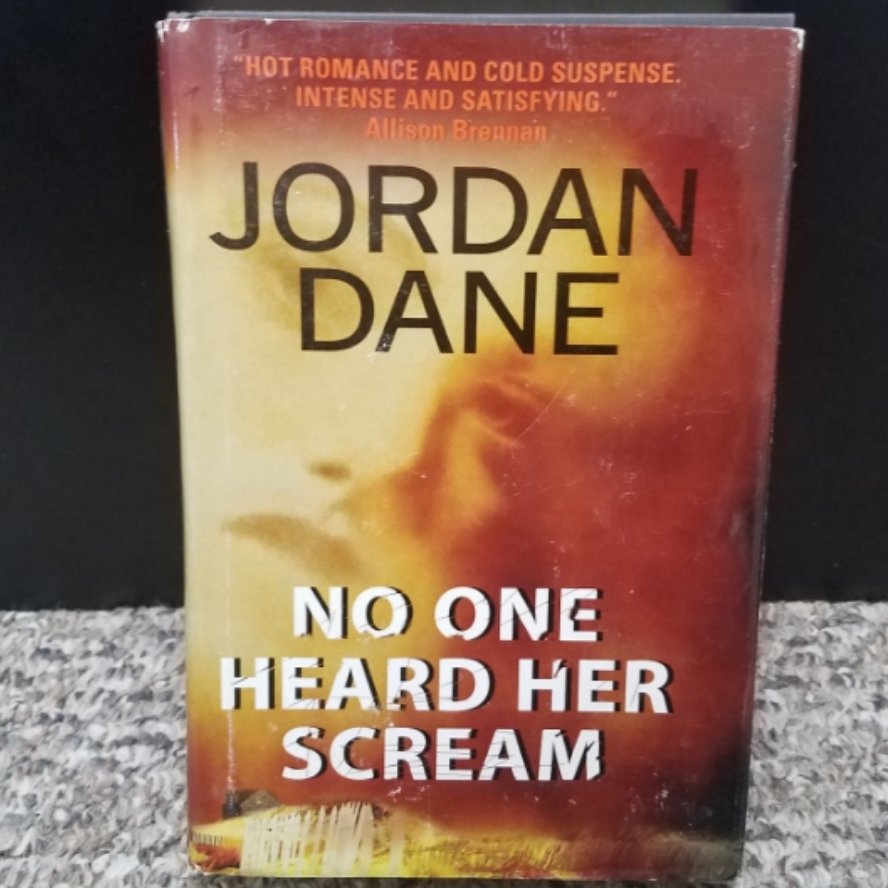 No One Heard Her Scream by Jordan Dane

Burdened by Grief, She Hunts a Killer

They never found her sister's body, but Detective Rebecca Montgomery knows her murderer is still out there. In the five months since Danielle went missing, there have been two more brutal abductions. A savage menace stalks the women of San Antonio, and the relentless detective will do anything to find him.

And a Seductive Stranger Shadows Her Every Move

But her latest case—the discovery of a young woman's remains inside the wall of a burned-down theater—plunges Rebecca from her grief into a brand-new nightmare. She soon meets handsome, mysterious Diego Galvan at the crime scene, and his shadowy connections will lead to her first break in both cases. But when Rebecca submits to his considerable powers of seduction, she will leave herself vulnerable to a merciless killer . . . and when he attacks, no one will hear her scream.

This hardback book is in great condition and weighs 15.2 oz.