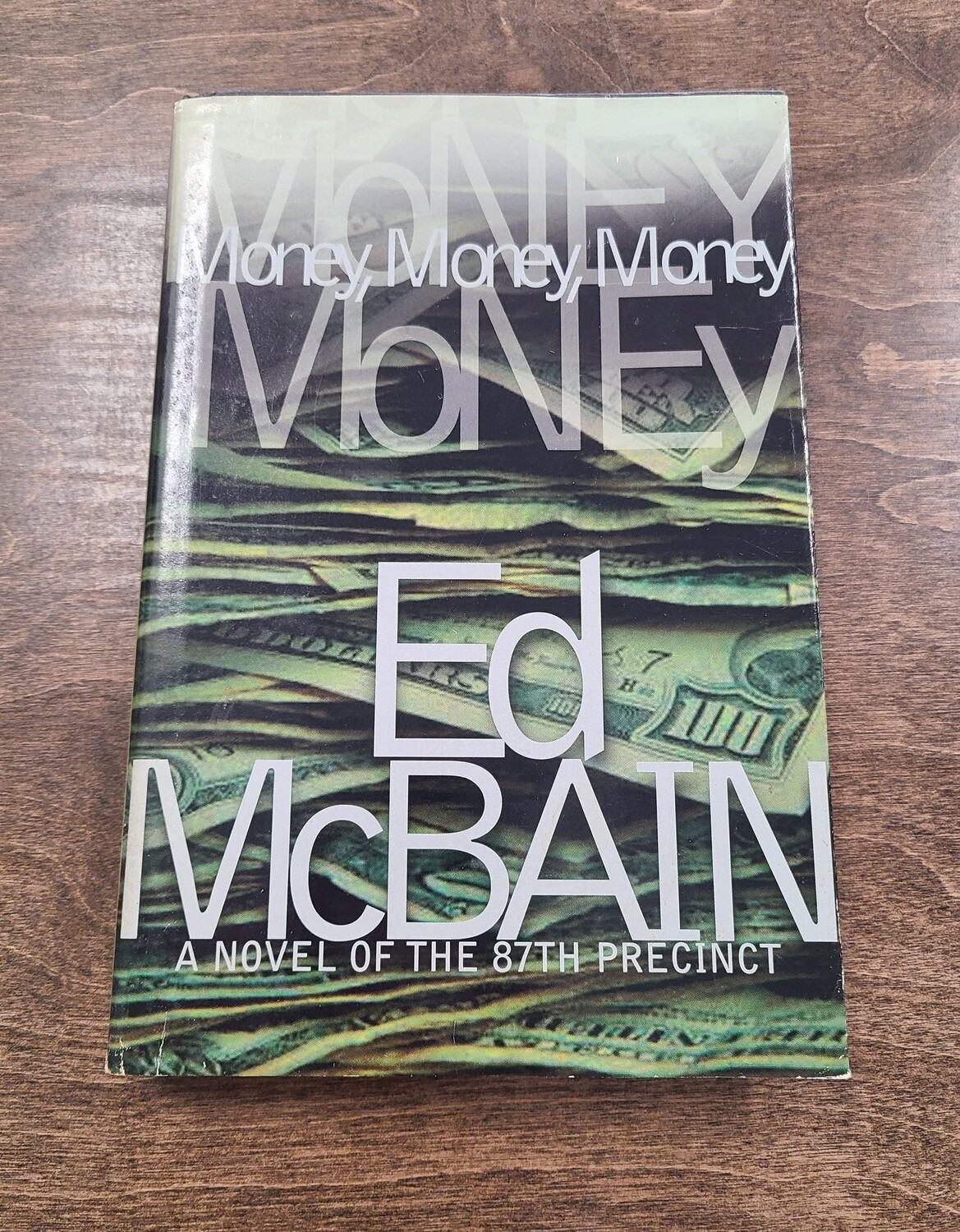 It is Christmas in the city, but it isn't the giving season. A retired Gulf War pilot, a careless second-story man, a pair of angry Mexicans, and an equally shady pair of Secret Service agents are in town after a large stash of money, and no one is interested in sharing.

The detectives at the 87th are already busy for the holidays. Steve Carella and Fat Ollie Weeks catch the squeal when the lions in the city zoo get an unauthorized feeding of a young woman's body. And then there's a trash can stuffed with a book salesman carrying a P-38 Walther and a wad of big bills.

The bad bills and the dead book salesman lead to the offices of a respected publisher, Wadsworth, and Dodds. This is good news for Fat Ollie because he's working on a police novel -- one written by a real cop -- and he's sure it's going to be a bestseller.

This hardback book is in good condition and weighs 14 oz.