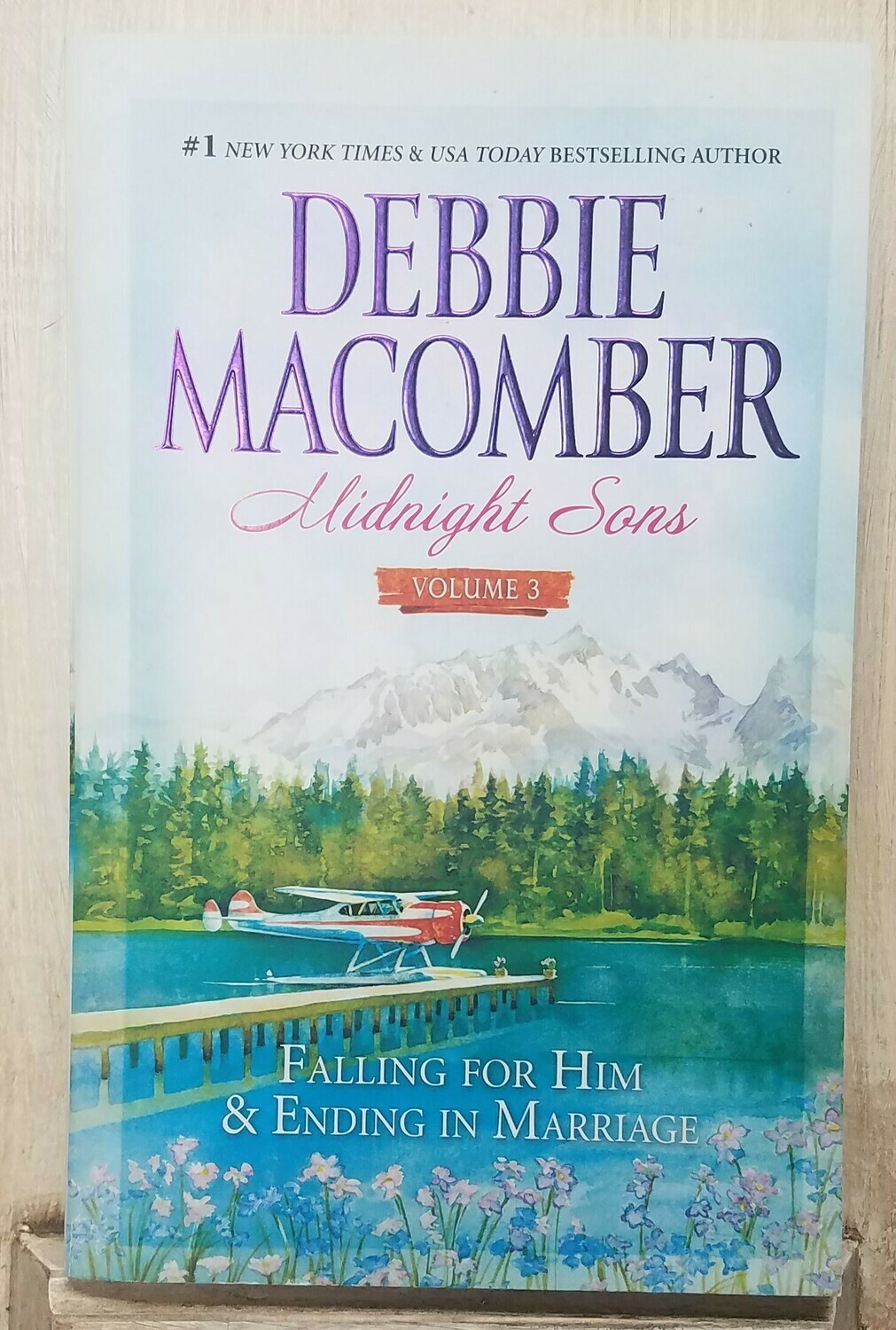 Midnight Sons: Vol. 3 - Falling for Him and Ending in Marriage by Debbie Macomber

Location: north of the Arctic Circle. Population: 150 (mostly men!) But the three O'Halloran brothers, who run a bush-plane charter service called Midnight Sons, are heading a campaign to bring women to town.

Christian, the youngest O'Halloran brother, has a problem, and her name is Mariah Douglas. The Midnight Sons secretary is always losing his messages, misplacing his files, and generally creating chaos. Despite that, he can't get her out of his mind...

The clashes between pilot Duke Porter and Seattle attorney Tracy Santiago are legendary. Duke's a tough, rugged individualist who delights in expressing outrageous opinions, particularly when Tracy's around. But she gives as good as she gets...and not just when they're arguing!

And a Special Bonus Story... Midnight Sons and Daughters

Scott O'Halloran and Chrissie Harris are all grown up now. After years away from Alaska, Scott's back in town, and everybody's wondering if he's here to stay. Especially Chrissie, the girl he left behind.