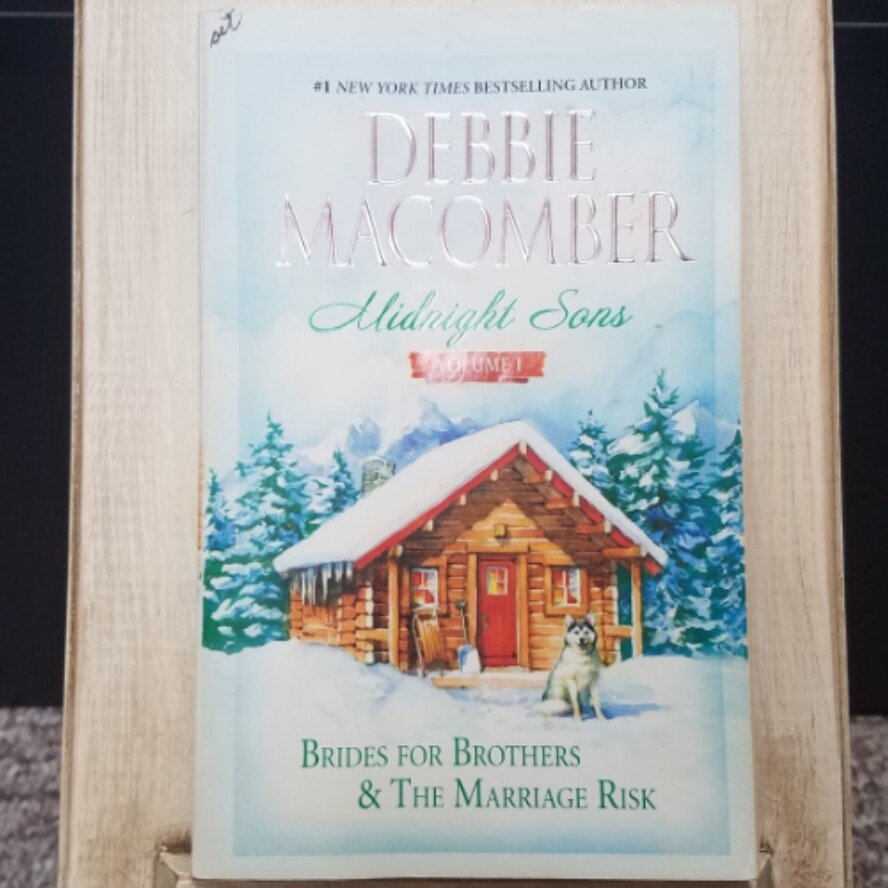 Midnight Sons: Brides for Brothers and The Marriage Risk by Debbie Macomber

OUR TOWN MIGHT BE COLD, BUT OUR HEARTS ARE WARM!

Location: north of the Arctic Circle. Population: 150 (mostly men!). But the three O'Halloran brothers, who run a bush-plane charter service called Midnight Sons, are heading a campaign to bring women to town.

Sawyer O'Halloran, the middle brother, isn't entirely in favor of this scheme. But he considers himself immune to any woman—even the lovely Abbey Sutherland. She's arriving in Alaska within days. However, there's a complication…or two. She hasn't told them she's arriving with kids!

Like his brothers, Charles O'Halloran has a distrust of marriage in general—and of anyone related to Catherine Harmon Fletcher in particular. She's the woman who tried to destroy his parents' marriage. Too bad Lanni Caldwell, the only woman he's ever really fallen for, is Catherine's granddaughter…