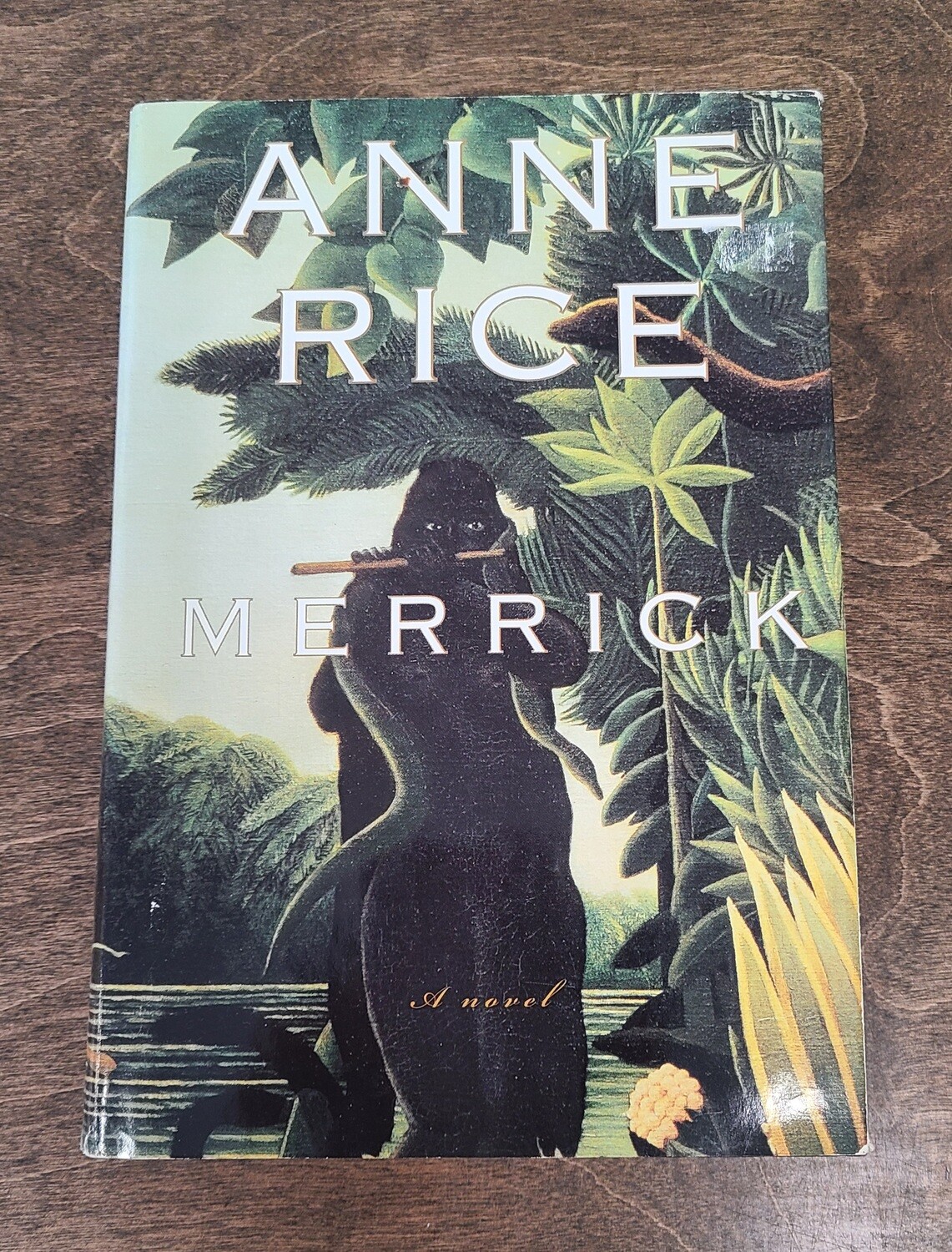 At the center is the beautiful, unconquerable witch, Merrick. She is a descendant of the gens de colors Libres, a cast derived from the black mistresses of white men, a society of New Orleans octoroons and quadroons, steeped in the lore and ceremony of voodoo, who reign in the shadowy world where the African and the French - the white and the dark - intermingle. Her ancestors are the Great Mayfair Witches, of whom she knows nothing - and from whom she inherits the power and magical knowledge of a Circe.

Into this exotic New Orleans realm comes David Talbot, hero, storyteller, adventurer, almost mortal vampire, a visitor from another dark realm. It is he who recounts Merrick's haunting tale - a tale that takes us from the New Orleans of the past and present to the jungles of Guatemala, from the Mayan ruins of a century ago to ancient civilizations not yet explored.

Anne Rice's richly told novel weaves an irresistible story of two worlds: the witches' world and the vampires' world, where magical powers and otherworldly fascinations are locked together in a dance of seduction, death, and rebirth.

This hardback book is in great condition and weighs 15.3 oz.