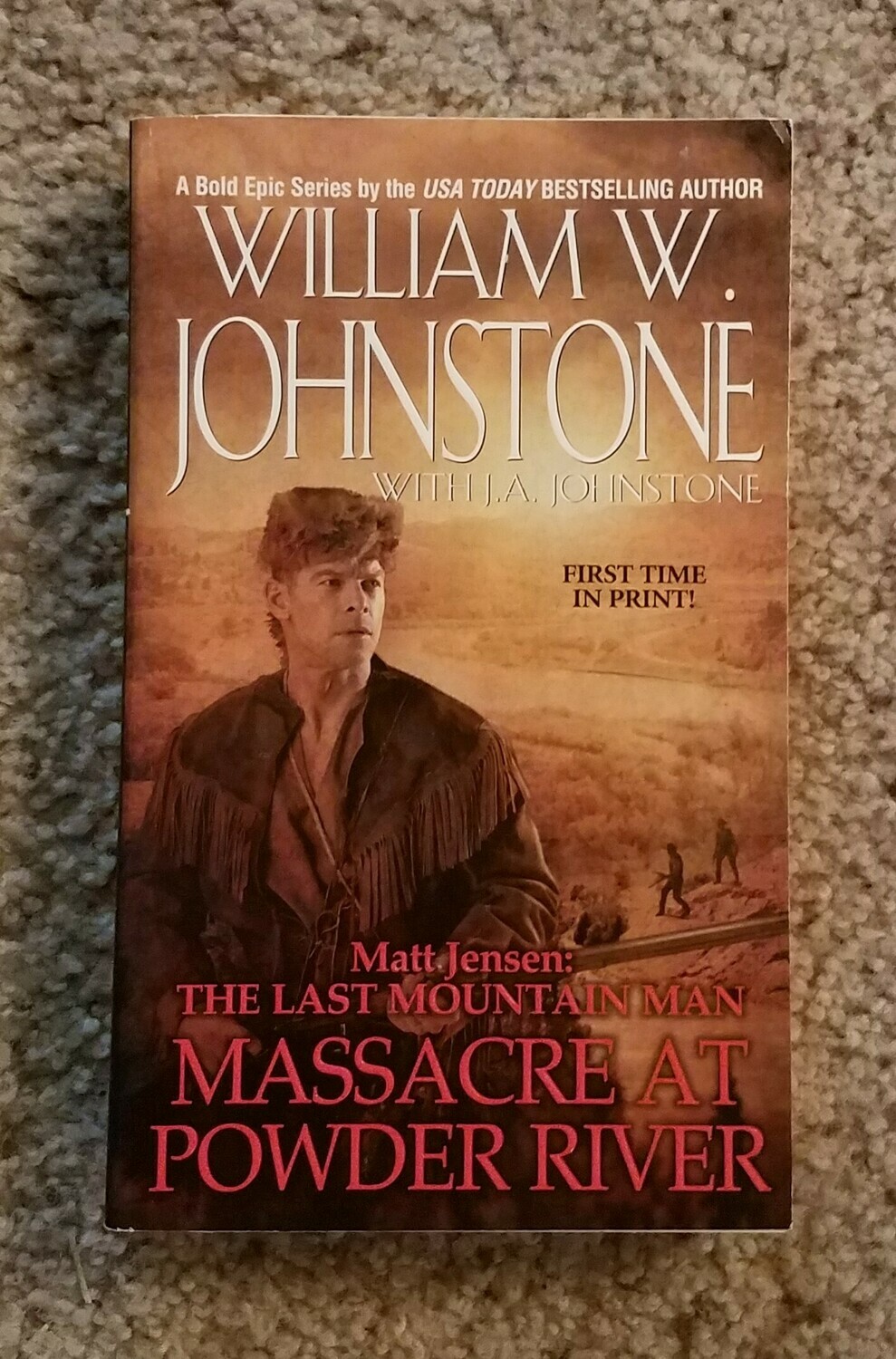 The year is 1884. A 10-year-old British boy has come to visit his uncle’s Wyoming spread, just as the vicious Yellow Kerchief Gang has the ranch under siege. Outgunned and outmatched, a British rancher is willing to pay $5000 for help. That is more than enough money to bring Matt Jenson into the fray. A huge, bloody gunfight, fueled by betrayal, erupts at the Powder River. But Matt has to shoot carefully. The Yellow Kerchief Gang has a hostage—the British lad named Winnie. And Matt has history on his hands because Winnie Churchill must survive... Fifty years later Winston Churchill will fight a war of his own—carrying a Matt Jenson .44 shell in his pocket and a gunfighter’s spirit in his soul.