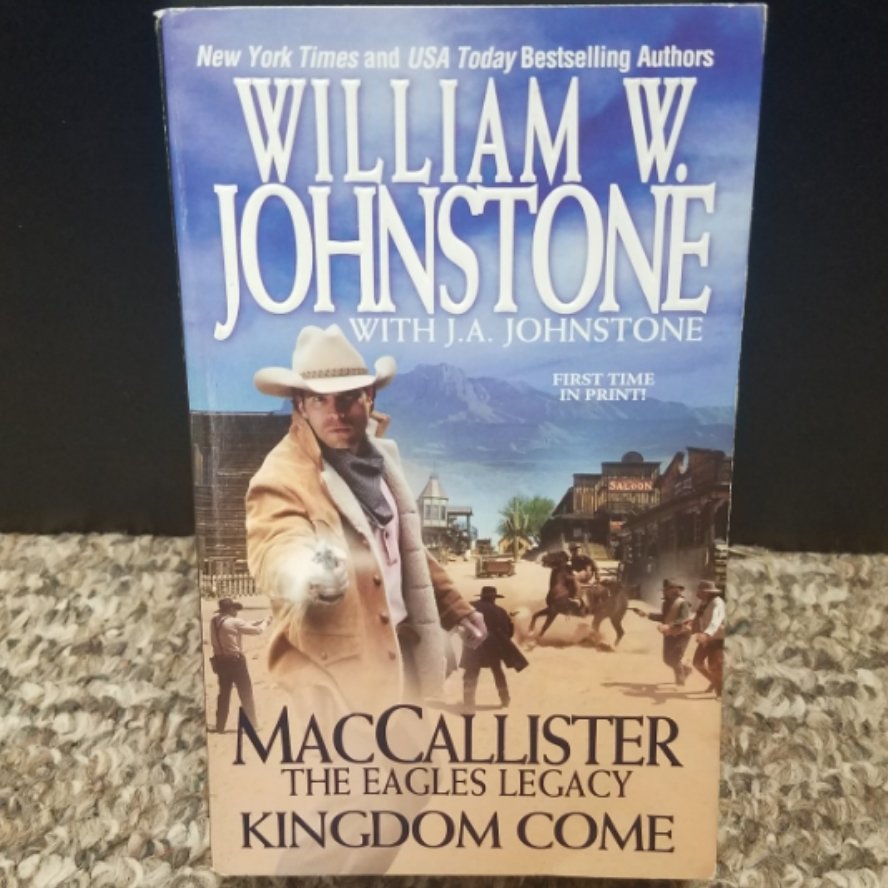 Standing for family, honor, and a way of life, the MacCallisters have carved out a hard-won corner of the Wyoming frontier. In the thrilling new novel from the bestselling Western writers, Duff MacCallister faces his most treacherous and deadly fight yet.

Like a murderous plague, a band of cutthroats and criminals, led by prison escapees from New Mexico, rages through West Texas. They're slaughtering everyone in their path: men, women, and children. They struck at Saragosa. Now they've taken over the town of Boracho. The Dallas newspapers call them the Kingdom Come Gang. In Chugwater, Wyoming, Duff McCallister calls them his enemy. Because one of their victims was family.

Riding to Texas, Duff gathers every man he can to make an assault on Boracho, even using a hard case recruited from behind bars. Facing a brutal, merciless enemy, with innocent hostages caught in between, Duff is soon in a full blast, war, with guns, knives, and dynamite exploding on dirt streets soaked in blood. And it won't be over until a hero makes a final stand.