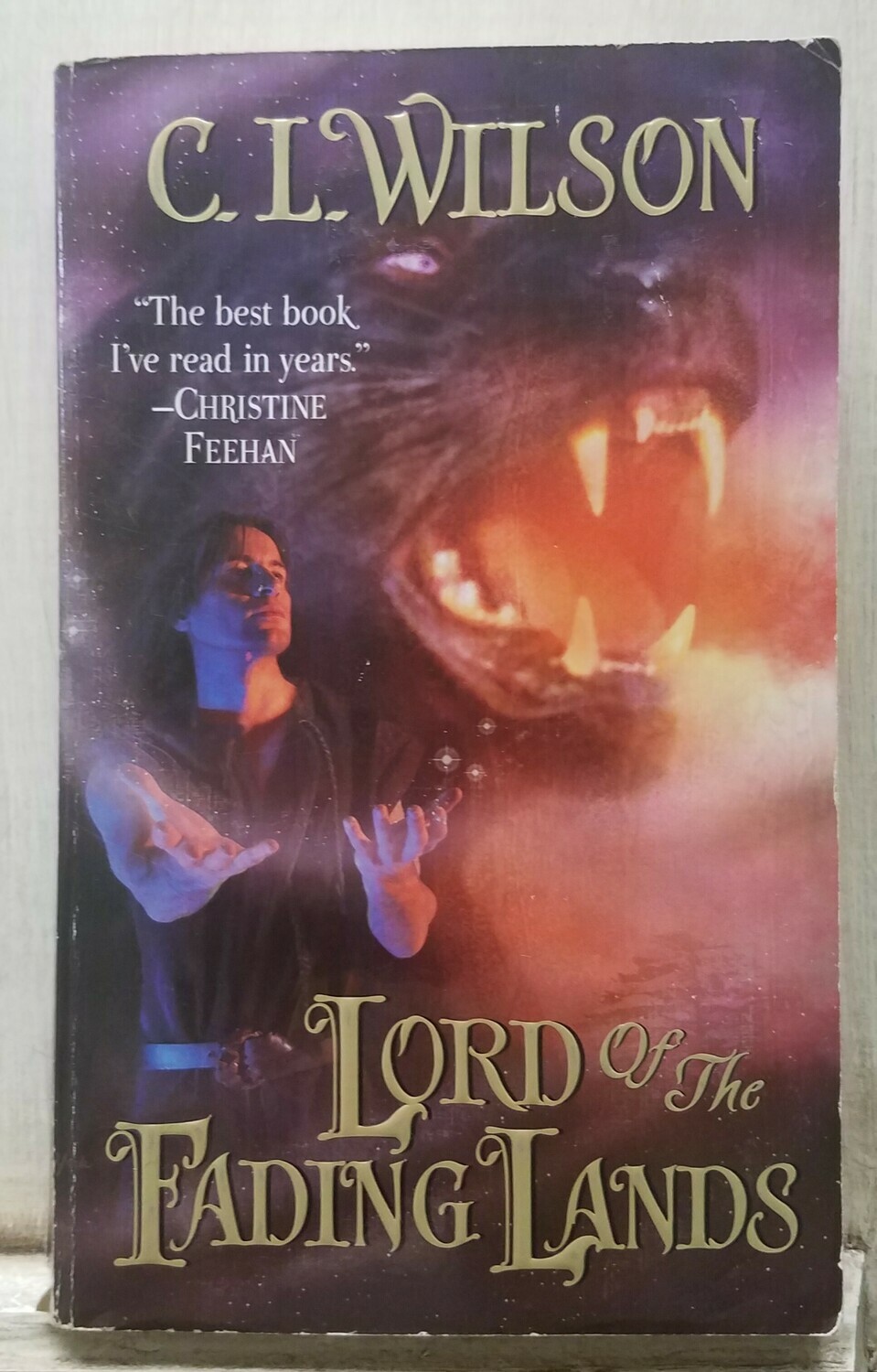 Lord of the Fading Lands by C. L. Wilson

Once he drove back the darkness.

Once he loved with such passion his name was legend.

Once, driven wild with grief over the murder of his beloved, the majestic Fey King Rain Tairen Soul had laid waste to the world before vanishing into the Fading Lands. Now, a thousand years later, a new threat draws him back into the world—and a new love reawakens the heart he thought long dead.

Ellysetta, a woodcarver’s daughter, calls to Rain in a way no other ever had. Mysterious and magical, her soul beckons him with a compelling, seductive song—and no matter the cost, the wildness in his blood will not be denied.

As an ancient, familiar evil regains its strength, causing centuries-old alliances to crumble and threatening doom for Rain and his people... he must claim his true mate to embrace the destiny woven for them both in the mists of time.

This paperback book is in good condition and weighs 7 oz.