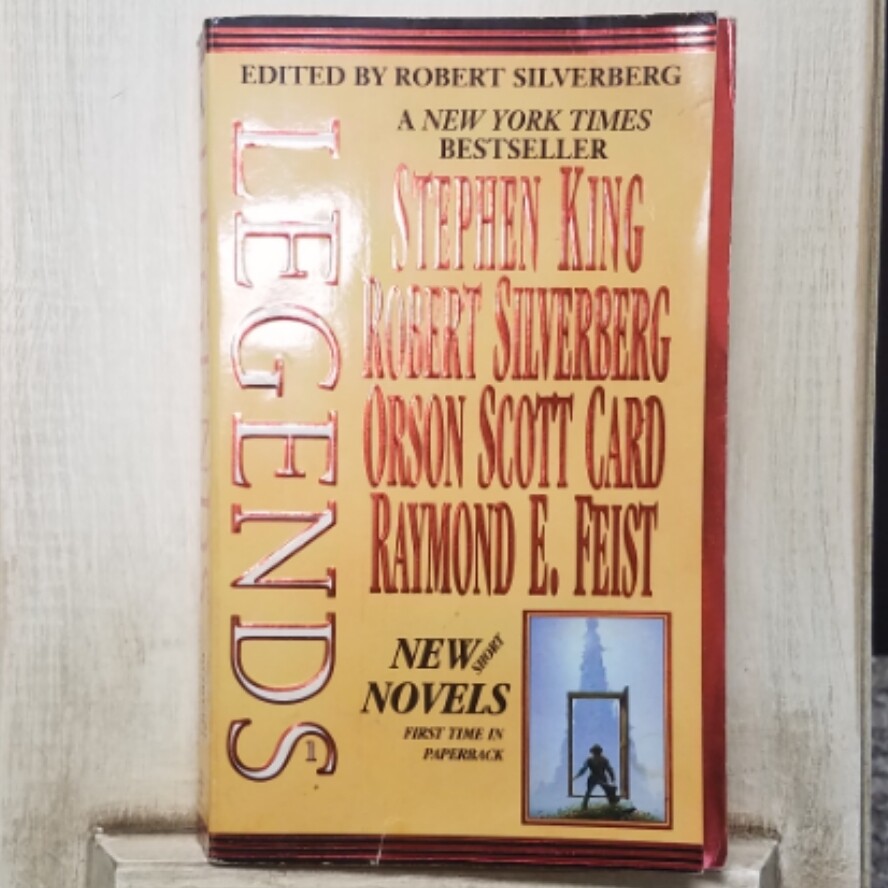 Acclaimed writer and editor Robert Silverberg gathered eleven of the finest writers in Fantasy to contribute to this collection of short novels. Each of the writers was asked to write a new story based on one of his or her most famous series.

Stephen King tells a tale of Roland, the Gunslinger, in the world of The Dark Tower, in "The Little Sisters of Eluria."

Terry Pratchett relates an amusing incident in Discworld, of a magical contest and the witch Granny Weatherwax, in "The Sea and Little Fishes"

Terry Goodkind tells of the origin of the Border between realms in the world of The Sword of Truth, in "Debt of Bones."

Orson Scott Card spins a yarn of Alvin and his apprentice from the Tales of Alvin Maker, in "Grinning Man."

Robert Silverberg returns to Majipoor and to Lord Valentine's adventure in an ancient tomb, in "the Seventh Shrine."

Ursual K. Le Guin adds a sequel to her famous books of Earthsea, portraying a woman who wants to learn magic, in "Dragonfly."

Tad Williams tells a dark and enthralling story of a great and haunted castle in the age before Memory, Sorrow, and Thorn, in "The Burning Man."

George R.R. Martin sets his piece a generation before his epic, A Song of Ice and Fire, in the adventure of "The Hedge Knight."

Ann McCaffrey, the poet of Pern, returns once again to her world of romance and adventure in "Runner of Pern."

Raymond E. Feist's Riftwar Saga is the setting of the tale of "The Wood Boy."

Robert Jordan, in "New Spring," tells of crucial events in the years leading up to The Wheel of Time, of the meeting of Lan and Moiraine and the beginning of the search for the child who must grow to lead in the Last Battle.